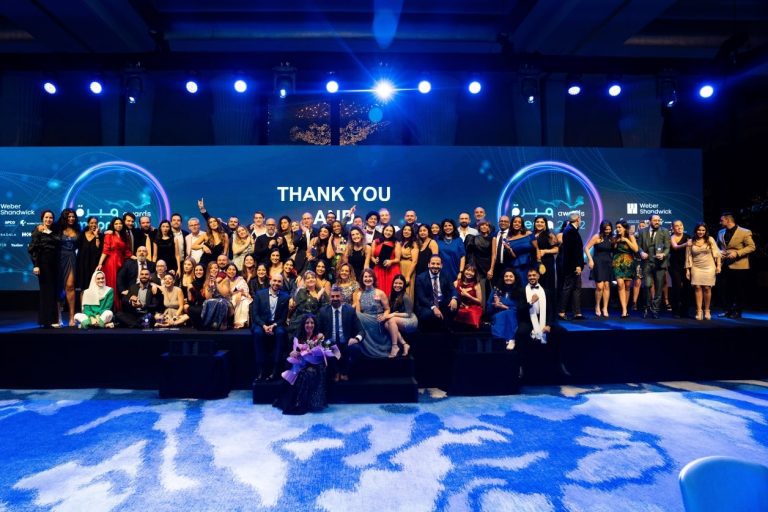 The Awards ceremony not only witnessed exemplary communication campaigns that were conceptualized and executed by local PR teams but also demonstrated the kind of impact they had on society. According to the Awards organizers, this exhibited the value the industry is adding to businesses and organizations in the region.

This year’s awards, which attracted close to 800 entries, saw PR teams contest in various categories including Best in Market, People & Teams, Techniques, and Sector & Services for a chance to showcase their creativity.

The Large Agency of the Year award went to Hill + Knowlton Strategies while Brazen MENA scooped the Small Agency of the Year award. Unsurprisingly, this category was fiercely contested with only a few points separating the overall winner and second place in the category, demonstrating how super competitive this coveted title continues to be. The Best Homegrown Agency went to Gambit Communications with Hill + Knowlton Strategies bagging the Best Integrated Campaign award. Dubai-based Matrix PR – the only agency in the Small Agency category to win seven awards in multiple categories – maintained its winning streak after scooping Gold in the Best Financial Services category.

Bagging 25 awards, Weber Shandwick MENAT was the most-awarded agency of the 2022 MEPRA Awards night, followed closely by Memac Ogilvy with 18 and H+K with 16. Gambit Communications scooped this year’s Home Grown Agency of the Year award while the Lifetime Achievement Award went to Mazen Nahawi, founder and CEO CARMA, and SOCIALEYEZ. Mazen, who is also the president of News Group, an organization focused on serving the communications and PR industry, is a PR stalwart with over 15 years of experience. Tapping his journalism background, Mazen believes in using actionable and measurable information as a catalyst for modernisation and progress in emerging markets is the driving principle behind his achievements. In 2007, Mazen launched the Middle East PR Measurement Summit, a major gathering of global PR and measurement professionals.

This year’s Young Communicator of the Year Agency Award went to Raneem Saleh from H+K. The Fellowship Recognition was honored to Ray Eglington for his large contribution to the industry and MEPRA throughout the year as a farewell. With nearly three decades of communications experience in leading agency and in-house positions, Ray’s insightful approach to communications and industry development has been instrumental is shaping the regional PR landscape. His notable achievements include leading award-winning campaigns and teams in corporate reputation, brand-building, issues management and campaigning, across a wide range of business sectors as well as co-founding Four Communications Group in London, which has gone on to become one of the most successful independent communications agencies in the world.

This year marked the 14th edition of the MEPRA Awards – an annual initiative that celebrates and recognizes the Middle East’s most impactful and creative campaigns.

“The MEPRA Awards ceremony has once again exposed some of the industry’s communications experts who are going above and beyond to create not just memorable events but impactful PR campaigns that are touching lives in the region. By recognizing such brilliant talent, MEPRA is encouraging growth in industry standards, skills, and creativity. We are proud to create a platform where real PR heroes can be recognized for their noble ideas as well as their contribution to the industry as a whole. Congratulations to all finalists and winners,” said Rym Rahal, general manager, MEPRA.

Entries were assessed by a panel of more than 65 regional and international industry experts to select the 2022 finalists and winners. The 2022 MEPRA Awards is supported by corporate and agency partners including, Diamond Sponsor Weber Shandwick, Acorn Strategy, and APCO Worldwide.

The star-studded ceremony also included an appearance by the Ravi brothers flanked by the adidas team donning their superstar adidas footwear by Ravi, reflecting the stunning and triple gold-winning campaign adidas Originals and Ravi Restaurant by Red Havas in the categories – Best Fashion or Beauty Campaign, Best Retail Campaign and Best Use of Media Relations (Consumer/Trade).