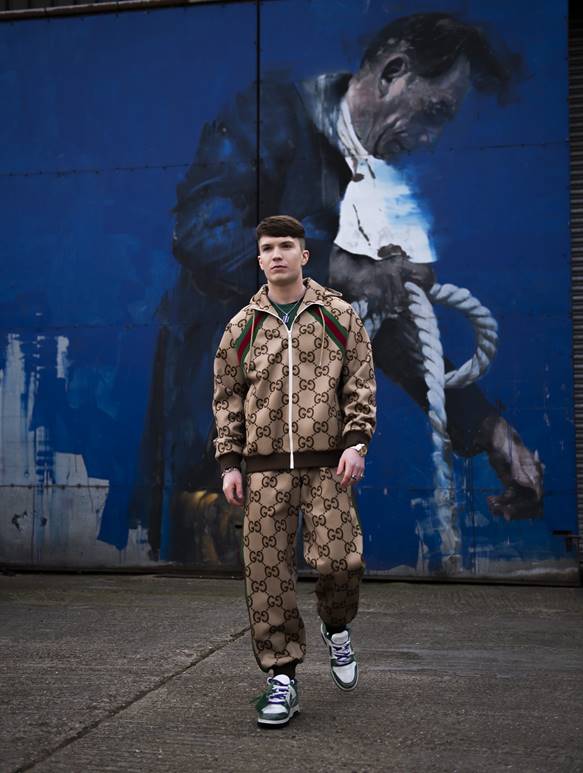 Episode four features Dan as one of three rookies making their debut in the championship in Season 8. Ticktum joined Formula E following ill-disciplined incidents in his early F1 academy career that resulted in a year-long ban from racing.

While this earned Dan a reputation as a maverick on track, he believes he has matured in his first year in Formula E though he remains confidently outspoken and fiercely competitive.

This combination of confidence and recognition of how others perceive his past, coupled with more than a passing resemblance to Irish actor Cillian Murphy, is what led Dan to embrace the chance of swapping his usual luxury streetwear style for a full makeover as Tommy Shelby, the fearsome gangster antihero from the hugely-popular TV series, Peaky Blinders.

“It was fun being styled as Tommy Shelby. Whilst the look is really different to my typical style, there is something appealing about that era of fashion, it has stacks of personality and I feel like I embraced it well.

“Typically my style is pretty laid back, and casual, however I do like wearing high-end fashion pieces occasionally, at the track and at home.

“The Shelby character is interesting, he is really ambitious and does not seem bothered by what people think of him, which I guess resonates with me a fair bit. People that know about my past make assumptions about me today, I just want to be me, own my past and accept the mistakes, I have done my time.

“My character often gets misunderstood, and I’ve definitely been painted as a villain previously. I opened up as a person a bit more this series and I think it is important for drivers and sportspeople in general to be themselves and authentically show who they really are.

“Formula E Unplugged presents a realistic picture of life inside the paddock and helps fans to understand more about what makes us tick and where we are coming from. I can be pretty fiery, but I think the ‘behind the scenes’ nature of Unplugged will show that sometimes there is a lot more to what drivers are going through than can be seen during races or on social media.”