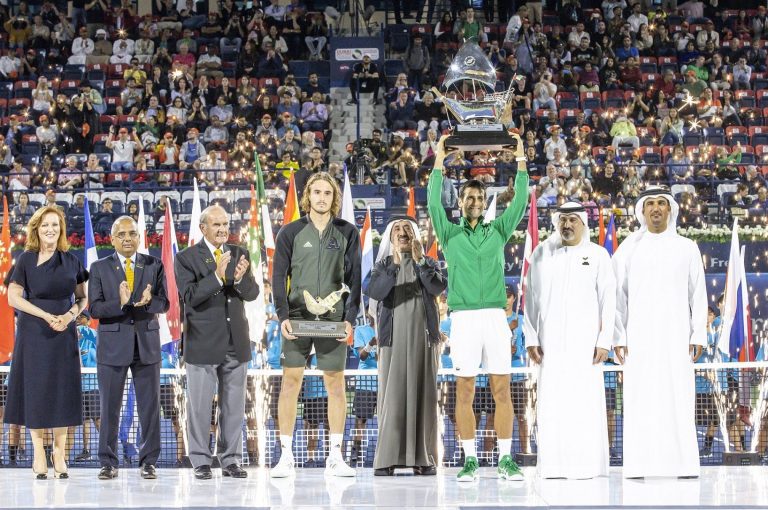 Tickets for the annual Championship, held this year from February 19 to March 4 at Dubai Duty Free Tennis Stadium, go on sale Tuesday 17th January and start from just Dh55

Tunisian star Jabeur became the first Arab to reach a Grand Slam final last year when she progressed to the finals at Wimbledon, before following it up two months later by reaching the US Open final at Flushing Meadows. Returning to the Dubai Duty Free Tennis Stadium for an eighth consecutive year, Jabeur was last year stopped in the last eight by two-time champion Simona Halep.

“I’m very much looking forward to playing at the Dubai Duty Free Tennis Championships once again,” said Jabeur. “As an Arab, it’s always a special experience playing in the emirate and the fans make me feel very well supported. I have had some great weeks there in previous years without leaving with the title, so this year I hope to finally get my hands on some silverware.”

Five-time Dubai champion Djokovic has also confirmed his participation, joining a men’s field that already includes the only male player with more Grand Slam wins – Spaniard Rafael Nadal. Serbian Djokovic returns to Dubai seeking a first title in the emirate since 2020 as he looks to get within two of Roger Federer’s record of eight Dubai wins.

Djokovic returns to Dubai following a stellar 2022 in which he won his 21st Grand Slam title with victory at Wimbledon, broke his own record for number of weeks as No.1 on the ATP Tour – 373 weeks atop the rankings – and won a 38th ATP 1000 Masters title. He also became the first player to amass 30 or more singles victories at every ATP Masters 1000 tournament.

“It’s always exciting to be back in Dubai. The Dubai Duty Free Tennis Championships is a special event for me. I have a long history with the Championship and have been fortunate to play some great matches in front of the crowd at Dubai Duty Free Tennis Stadium. I can’t wait to play there again,” said Djokovic who won the first of his five DDFTC crowns with victory in 2009.

“Both Ons and Novak have really made themselves at home in Dubai over the years,” said Colm McLoughlin, Executive Vice Chairman and CEO of Dubai Duty Free. “Both players enjoy playing in Dubai and we are thrilled to have them confirmed again this year. To have Novak and Rafa in the same field is very special and we look forward to another exciting two weeks of the tennis.”

Tournament Director Salah Tahlak added: “Dubai Duty Free Tennis Championships fans expect the best. To have Ons Jabeur, Novak Djokovic, and Rafael Nadal, all three household names and crowd favourites here, is a clear demonstration that this year’s Championship is shaping up to be one of the most memorable in recent memory. We look forward to announcing the full fields for both the WTA and ATP Championships very soon and we look forward to hosting another exceptional Championship fortnight.”

Tickets for the 31st edition of the Championships, which runs from February 19 – March 4, 2023, will go on sale next Tuesday, January 17, starting from Dh55. Tickets will be available online at www.dubaidutyfreetennischampionships.com, and at the Dubai Duty Free Tennis Stadium Box Office from February 9.

With tickets on sale online next week, tournament organisers have urged fans to secure their seats through the official platform. The tournament box office, next to the stadium, will open on February 9 and operate from 9am to 9pm daily.

The Dubai Duty Free Tennis Championships is owned and organised by Dubai Duty Free and held under the patronage of His Highness Sheikh Mohammed bin Rashid Al Maktoum, Vice-President and Prime Minister of the UAE and Ruler of Dubai.