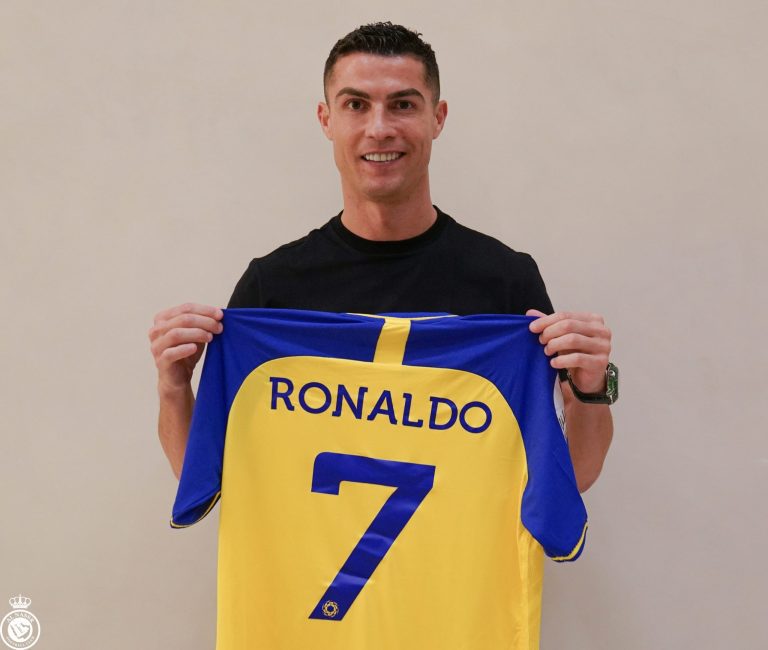 Al Nassr Football Club’s new iconic signing Cristiano Ronaldo will mark his first appearance in Saudi Arabia as he steps out on to the club’s modern home ground, Mrsool Park, to be officially unveiled in front of tens of thousands of jubilant fans for the very first time at 7pm local Saudi time (GMT +3) tomorrow evening, Tuesday 3 January.

The five-time Ballon D’or winner put pen to paper on Friday evening in Madrid in one of the most transformational partnerships in history by committing his future over the next 2.5 years with Saudi Pro League (Roshn Saudi League) current leaders Al Nassr. Managed by French coach Rudi Garcia, the club enters the new year with their marquee signing as they hunt for their 18th league title.

Following his arrival to Riyadh’s King Khalid International Airport later tonight, the 37-year-old star is set to start his day by undergoing a medical examination before being revealed to the club’s supporters who will get the unique opportunity to see one of history’s greatest footballers representing Al Nassr’s colours for the first time.

Cristiano will also be accompanied by his family who now call the Saudi capital Riyadh their new home.

The historic transfer captured the world’s attention with millions across the world anticipating Cristiano’s latest chapter in an illustrious career that spanned over two decades. One of the most successful footballers of all time will finally put on the yellow and blue shirt with his iconic number seven before being presented to the Al Nassr faithful, ushering the start of a new era of the club and league’s history.

During a decorated and record-breaking career that saw the Portuguese star score over 800 goals for club and country, Cristiano Ronaldo has won five UEFA Champions League titles, four FIFA Club World Cups, seven league titles in England, Spain and Italy, becoming the first player in history to have lifted the league title in the three countries. On the national stage with Portugal, CR7 guided his country to the UEFA European Championship in 2016 and the UEFA Nations Cup in 2019.

The Madeira-born star has now signaled his readiness to undergo a new challenge on the Asian stage and adding a league title in Saudi Arabia and Al Nassr’s first ever AFC Champions League triumph to his long list of achievements.

Celebrated by hundreds of millions over the world, the transformational partnership will bring together one of the world’s most celebrated footballers with one of the most exciting sports nations in the world.