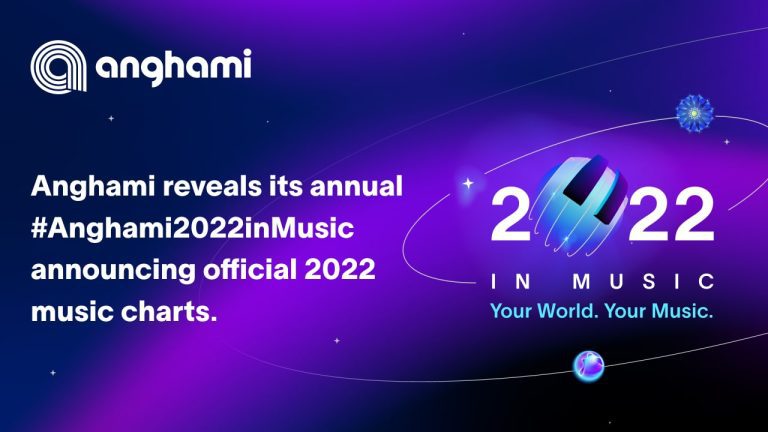 Using personalised streaming data, the campaign announces official 2022 in Music charts and reveals a closer look at Anghami users’ music world over the past year, sharing exciting stats about their listening habits and personality traits to provide a look back at their streaming experience for 2022. Artists on Anghami can also access interesting facts about their respective data and share it with their fans in a uniquely customised way.

A first look at the official 2022 in Music charts reveals that “El Bakht” by Wegz was the #1 most streamed Arabic song on Anghami with 45M plays across 11 MENA countries, breaking the record with the highest number of streams ever recorded in a single year. “Calm Down” by Rema & Selena Gomez also ranked #1 as the most streamed international song in the MENA region this year. Additionally, Arab megastar Amr Diab ranked #1 Arabic artist, crossing over 1.3B streams in 2022, to become the most-streamed Arab artist in Anghami history. Stats also show that Canadian pop sensation The Weeknd ranked #1 International artist in the MENA region. Also, streaming Arabic Hip Hop during 2022 saw 98% YoY growth, with over 1.2B streams. Overall, the total minutes of streams accumulated on Arabic content exceeded 13.5B (59.73%), whereas the total minutes of streams on international content exceeded 9.1B (40.27%). Click here for full charts.
Salam Kmeid, Content Operations Manager at Anghami, commented: “It’s this time of the year where we are thrilled to announce the launch of our very own long-awaited end of year campaign. We’ve felt how well it was received by fans and artists alike through the engagement it has received on social media. Our aim is to report accurate insights that help fans across the world understand their musical taste and how it’s reflected on their personality traits, as well as helping the artist get closer to their fans and understand how their work impacted their data during a whole year.”

Kmeid added: “We’re delighted to see rising Arab artists such as Wegz, Marwan Moussa, Siilawy, A5rass, Big Sam, and A.L.A making it to top charts, which indicates that the Arab music industry is growing on the right track.”

Anghami users who streamed a certain amount of content during 2022 are getting a detailed recap of their year in music through a personalized colorful space-themed journey. The exciting stats summarize the number of minutes played, top artist and if they made it within the top 1% fans of this artist, top 5 artists, top 5 streamed songs, top 3 streamed podcasts, the song picked during the successfully acclaimed thumb race championship, and much more.

This year, Anghami spiced up the campaign by creating 7 musical planets to better define the various musical tastes of its users. The planets are Stardom – The Glowing Planet, Firefly – The Utopian Planet, Anarchy – The Rebel Planet, Ixsir – The Eternal Planet, Wahj – The Gemstone Planet, Cypher – The Vibe Planet, Skylark – The Lit Planet, and Bazar-The Lively Planet.

As part of the campaign, artists on Anghami were also granted the ability to check their data and share it with their fans. The data provides exclusive insights such as the number of songs released by the artist, the top streamed songs, the number of claimed songs during the thumb race championship, the total number of streams of the artists’ content, in addition to the total number of followers and their growth rate, the list of their top 5 fans, top streaming countries, and more, helping established artists getting closer with their fans across the world.