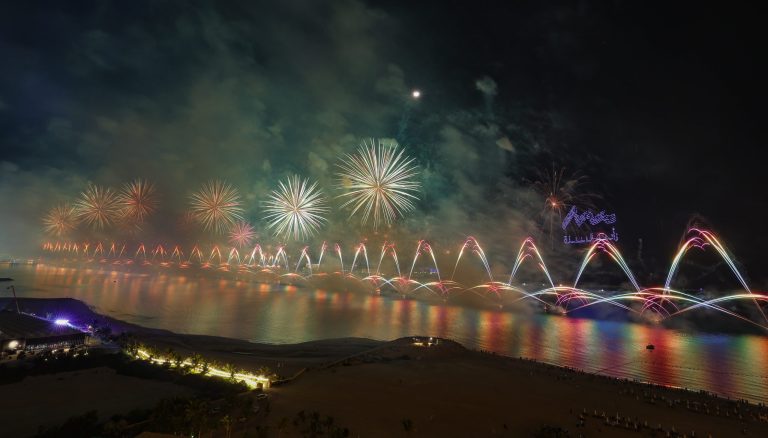 Ringing in 2023 in style, the Emirate of Ras Al Khaimah in the United Arab Emirates welcomed the New Year with impressive fireworks displays to musical rhythms, as it pushed to break two Guinness World Records titles.

Covering a 4.7km stretch along the waterfront between Al Marjan Island and Al Hamra Village, visitors to and residents of Ras Al Khaimah saw-in the New Year with a 12-minute pyro musical fireworks display at a height of 1,100 metres. It will feature 600 drones in an attempt to break the current Guinness World Record of 458 drones.

Looking to break titles for the ‘Largest number of operated multi-rotors/drones with a simultaneous fireworks display’, and to set a new world record for the ‘Largest Aerial Sentence Formed by Multirotors/Drones’, the fireworks show were delivered at the greatest of heights as it smashes into the World Record Books with these two major feats.