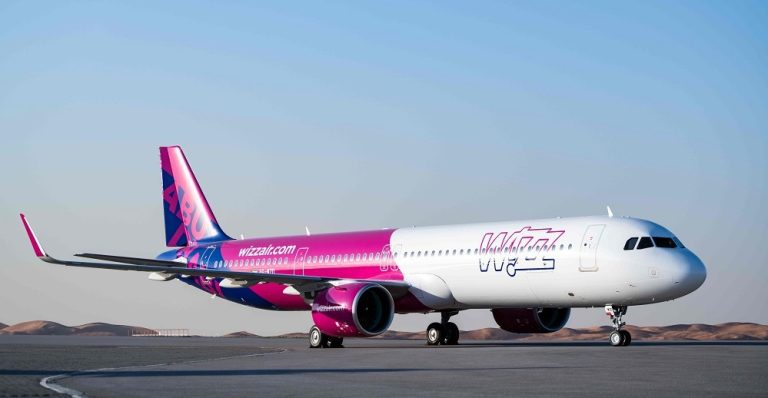 Abu Dhabi, UAE: Wizz Air, Europe’s fastest growing and most environmentally sustainable airline globally[1], reports that its average carbon emissions for 2022 amounted to 55.2 grams per passenger/km, 15.4% lower compared to the year of 2021, and the lowest ever recorded by the airline in one calendar year.

Wizz Air operates the lowest carbon emissions per passenger/km amongst all competitor airlines and is committed to further reducing its carbon emissions intensity by 25% by 2030. An integral element of Wizz Air’s sustainability strategy is the renewal of its fleet. The airline has been continuously adding new Airbus A321neo aircraft to its fleet and replacing older aircraft, with 34 Airbus A321neo added to the fleet in 2022. The share of new “neo” technology aircraft within Wizz Air’s fleet is planned to surpass 50% by the end of the current financial year. Currently, the airline operates a fleet of 177 Airbus aircraft with an average age of 4.6 years, which is well below the average fleet age of its major competitors of around 10 years. In 2022, over 90% of all Wizz Air flights operated from and to the UAE were performed with its most sustainable A321neo aircraft.

The new Airbus A321neo incorporates the latest technologies in aviation and offers significant environmental benefits, with a nearly 50% reduction in noise footprint, a 20% reduction in fuel consumption and 50% reduction in nitrogen oxide emissions compared to the previous model. Wizz Air is the biggest operator of the Airbus A321neo in Europe and has one of the largest standalone order book globally of over 300 aircraft of this type, which will help the airline reach its sustainability targets.

In addition to its ambitious fleet renewal programme, Wizz Air is constantly working on fuel efficiency initiatives and on improving the related data analytics. The airline also signed a Memorandum of Understanding with Airbus to explore the potential for hydrogen-powered aircraft, and with OMV to supply sustainable aviation fuel between 2023 and 2030. These partnerships reinforce Wizz Air’s commitment to driving emissions intensity down by the end of the decade.

Johan Eidhagen, Chief People and ESG Officer at Wizz Air, said: “We are proud that Wizz Air passengers make the most environmentally responsible choice when they choose to fly with us. We have achieved our industry leading sustainability position by operating the most efficient and modern aircraft and focusing on making a positive impact. We are thankful for all the hard work that everyone in the company has done to make our lowest ever carbon intensity annual result possible.”