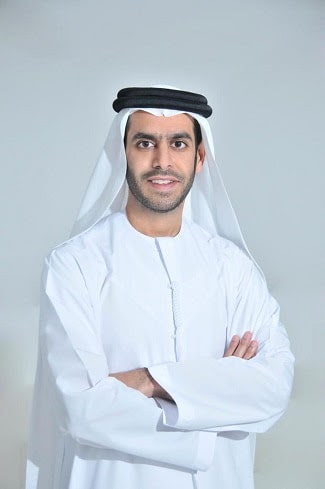 Dake Rechsand, the Dubai-based company specializing in sustainability solutions for desert farming and water conservation, lauded the government’s food security vision, which led to a special session recently. Attended by H.H. Sheikh Mansour bin Zayed Al Nahyan, Deputy Prime Minister and Minister of the Presidential Court, and Mariam bint Mohammed Almheiri, Minister of Climate Change and the Environment, the high-level session echoed the need for innovative technologies and impactful initiatives to turn the vision into reality.

“The specialized meeting on food security is commendable for two foremost reasons: Getting the priorities straight and timing. The UAE is emphasizing sustainable food security at the right time when the supply-chain lessons from the pandemic needed to be acted upon. Additionally, the intent to harness technologies to drive the food security vision is as pragmatic as it is promising,” opined Marwan Al Sarkal, Strategic Advisor, Dake Rechsand.

In recent years, Dake Rechsand has emerged at the forefront of regional sustainability efforts through demonstrated impact in terms of desert farming, water conservation, and stormwater management. Its proprietary, the UN-applauded solution Breathable Sand – a water-retentive and air-permeable medium that leads to optimal crop yield with 80% less water input – has found application in turning deserts into arable lands. So, in the UAE, where deserts constitute nearly 80% of the total land and water scarcity is a pressing issue, Breathable Sand makes a compelling case within the food-security framework.

In the recently held meeting, policymakers announced the goal to make local farms account for 50% of the government’s food purchases by 2023 – which calls for solutions that can increase “arable” lands. As per the latest World Bank data, only 0.7% of the total land area in the UAE can be considered “arable”. Modern techniques such as vertical farming and aquaponics are feasible but not at scale.

“The UAE is 80% desert, where agriculture is traditionally deemed unsuitable. If those expansive areas can be made “arable”, we can turn the tables on food scarcity. We need such a paradigm shift – something with macroeconomic implications for the country. At the same time, the solutions must also reconcile with other national priorities such as water security, sustainability, and net-zero emission,” explained Chandra Dake, CEO of Dake Rechsand.

Chandra’s call for a multi-dimensional analysis of food and water scarcity complements UAE’s broader goals, such as Net-Zero 2050. Carbon control will require stakeholders to reduce the load on desalination plants, which currently supply most of the water needed for agriculture. By reducing irrigation requirements by nearly 80%, Breathable Sand can help decrease the load on carbon-intensive desalination plants while enabling optimal agricultural yield.

“We are committed to the government’s vision of driving food security while reconciling with multiple priorities,” Marwan Al Sarkal continued, “it was H.H. Sheikh Zayed bin Sultan Al Nahyan’s vision that birthed this bustling nation. He envisioned the transformation of the deserts into forests. We hope to continue his legacy, technologically and meaningfully.”