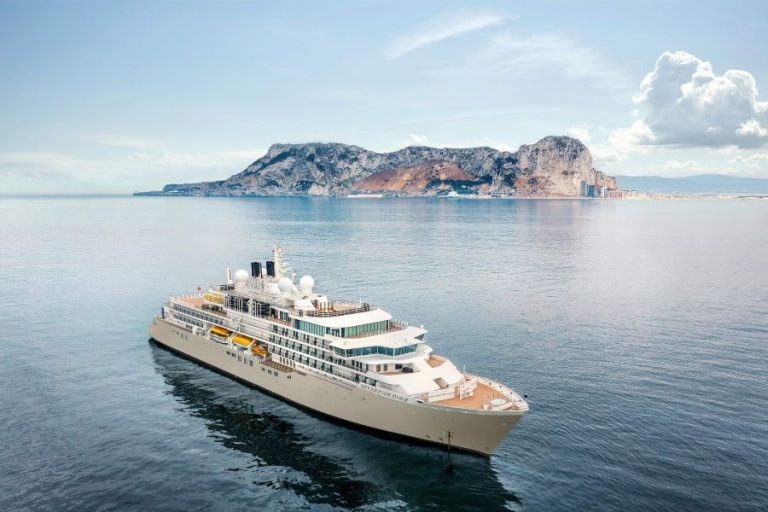 Luxury cruise experts at Panache Cruises have redefined the seven wonders of the world and named the world’s secluded yet majestic locations for those wanting to make once in a lifetime memories without being surrounded by tourists.

The expedition travel experts have now revealed the seven locations for budding adventurists to see the natural world in all of its glory.

From the enchanted islands of the Galapagos to the high Canadian Arctic, the newly proposed seven wonders have been chosen to attract anyone looking for an adventure away from the well-trodden tourist routes.

Montserrat is a great destination for thrill seekers who can admire the wonderful island whilst standing at the summit of the island’s active volcano.

Those seeking some tranquillity should head to the Galapagos islands – a peaceful escape with warm seas for island hopping and the chance to see some rare, exotic wildlife.

History lovers should head to Easter Island where the stunning landscape is covered in almost 1000 monumental ancient statues.

And those who love to explore should travel to the Canadian High Arctic to marvel at the massive ice glaciers and fjords, or to the Tsingy de Bemaraha National Park in Madagascar – to hike through the labyrinth of spiky rock formations.

James Cole, founder and managing director of Panache Cruises said: “We all know about the seven wonders of the world which attract millions of visitors each year. But some of us are really looking to bring out our inner adventurer; to travel somewhere completely off the beaten path in far-flung corners of the earth to create once in a lifetime memories and experiences.

“There are lots of hidden gem destinations across the globe which are significantly less popular than the tourist hotspots, but still extraordinarily magnificent and are perfect for those seeking life experiences like no other.

“Rather than going abroad and going to the same locations as everyone else you know, taking the same pictures with the same monuments, you can experience once in a lifetime destinations and explore these off the grid locations which are completely off the beaten track.

“You can really make your friends and family jealous when you return from your travels armed with unique photos of the most majestic sites and landscapes from around the world.

“Islands such as the Galapagos are a great pick for nature lovers with rare and exotic animals and plants as well as crystal blue seas. Whilst Easter Island is packed full of ancient history and almost 1000 ‘moai’ statues across the stunning landscape.

“The Tsingy de Bemaraha National Park in Madagascar and Bohol island in the Philippines both have magnificent natural phenomena settled in the landscape – from a labyrinth of spiky limestone rocks to the perfectly conical shaped ‘Chocolate Hills’.

“There are loads of amazing and magnificent destinations across the globe for those wanting to explore somewhere more off the radar.”

The Galapagos Islands are a series of volcanic groups of islands in the Pacific Ocean. A massive 95% of the land is part of the protected National Park, and the islands host a vast variety of wildlife, animals and plants which only grow and live there. As the island chain is close to the equator it is warm all year round making island hopping a great activity. With stunning blue waters the Galapagos Islands are a unique exploring experience for nature lovers looking for tranquillity.

The lands of the Canadian High Arctic are home to a large Inuit population who hold a strong cultural presence in the area, and who continue to practise their traditional dances and crafts within the modern settlements. Canada has more land in the Arctic compared to any other country and visitors can see the grand fjords which sweep the area, as well as the striking mountains and glaciers. Visitors can travel by boat through the waterways between the sea ice and islands whilst admiring the impressive snowy landscape which stretches out for miles upon miles.

Thriving in Polynesian culture, Easter Island is packed full of history. Almost 1000 monumental statues, carved into rock as human figures (known as ‘moai’) cover the ancient island and stand up to 10 metres tall. There are thousands of rock carvings found all over Easter Island, as well as caves and incredible sweeping views. Although it’s one of the most remote inhabited islands in the world, Easter Island is a perfect destination for history lovers looking for some escapism.

Whitewashed homes line this beautiful island settled in the Mediterranean sea. Marettimo island can only be reached by boat, so is the great spot for those seeking a more off the grid destination. No cars are allowed on the island making Marettimo perfect for some tranquillity and peacefulness. With less than 1000 inhabitants, Marettimo is also full of hundreds of indigenous and rare plant varieties scattered across the beautiful island. Visitors can swim in the crystal blue waters and admire the stunning landscape.

Bohol island is the tenth largest in the Philippines and is surrounded by several other smaller islands, making this location a good destination for island hopping across the gorgeous blue seas to see more beautiful landscapes. The most unique site on Bohol is the almost-2000 symmetrical, perfectly conical shaped hills. These ‘Chocolate Hills’ are a unique natural phenomenon caused by rainwater erosion. Alongside the interesting scenery, visitors can also admire the coral reef, ancient churches and traditional Filipino culture.

The Tsingy de Bemaraha National Park in Madagascar is scattered with sweeping canyons and massive amounts of natural beauty. There are hundreds of massive limestone stones with jagged peaks giving the National Park its wonderfully unusual landscape. This labyrinth of spiky looking rock formations is a beautiful spot for those looking to admire distinctive scenery. The National Park also has 11 species of lemur with lots of hiking paths for tourists to explore.

Montserrat island in the Caribbean is mostly known for its disastrous volcanic eruptions as a result of the   Soufrière Hills volcano becoming active again in 1995. But this should not discourage tourists from visiting the beautiful island – there are breathtaking views all over Montserrat. Thrill seekers can visit the summit of the volcano to admire the vastly breathtaking landscape from a safe vantage point. History lovers can look round the deserted town of Plymouth – a unique spot to see abandoned belongings and buildings from the late 90s following the volcanic destruction.