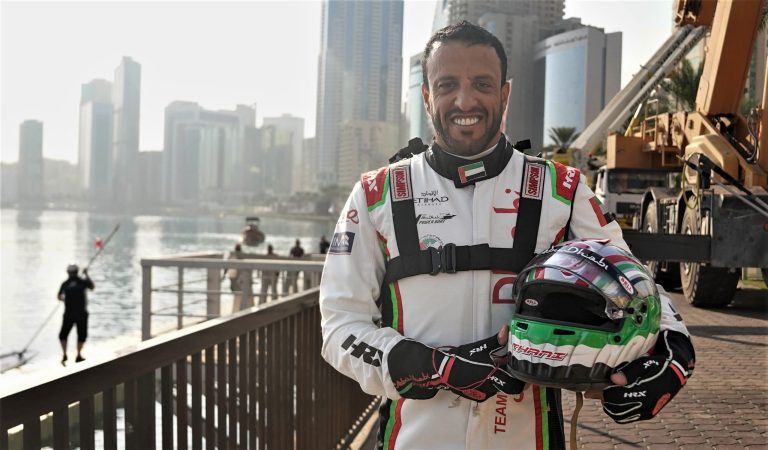 Sharjah, UAE-: Team Abu Dhabi’s Shaun Torrente will carry a three-point advantage over Jonas Andersson into the final round of the 2022 UIM F1H2O World Championship on Sunday after a dramatic climax to the Grand Prix of Sharjah today.

Torrente looked to be heading for a second place finish behind defending champion Andersson before late electrical problems saw him lose power, and four places, over the closing laps to set the stage for a tense climax to the season on Khalid Lagoon.

Andersson’s start-to-finish victory from pole position may have given him the momentum, but two-times world champion Torrente will be looking to bounce back from his sixth place disappointment to claim a third F1H2O crown.

Despite a seventh-place finish following his own mechanical difficulties in qualifying, Team Abu Dhabi veteran Thani Al Qemzi still has a fighting chance to claim a first world title, holding third place in the standings, seven points behind Andersson.

The uncertainties of elite world championship powerboat racing, and a history of unpredictable conclusions to the season in Sharjah, mean the title is still very much up for grabs, and the Emirati certainly cannot be discounted.

Torrente will need no reminding that in 2019 in Sharjah, he snatched the world title from Andersson’s grasp, squeezing into second place behind the Swede on the last lap to beat him on a championship countback.

With a fifth successive world team title already secured, the two Team Abu Dhabi team-mates will both go all out to grab pole position on Sunday, looking for a crucial advantage to take into the final round of the championship, the Grand Prix of the Middle East, three hours later.

Torrente’s electrical issues today allowed Sharjah Team’s Sami Selio, Pole Bartek Marszalek, Finn Alec Weckstrom and Italian Alberto Comparato to each sneak ahead of him at a time when second place had looked a certainty for the 2018 and 2019 world champion.

Until that late drama, the American had looked to be well in control of second spot, and what would have been a 13-point championship lead to carry forward to Sunday. It all adds up another fascinating Sunday afternoon power struggle over the spectacular 2,057m Sharjah circuit between the two drivers who have dominated the last three F1H2O championships, and the Emirati star who has been trying to win the world crown for 20 years.