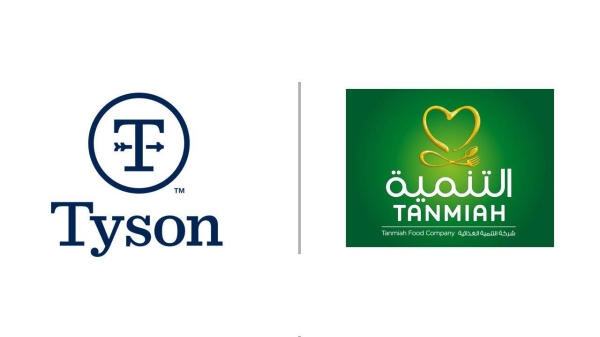 RIYADH — Saudi-based Tanmiah Food Company (“Tanmiah” or the “Company”, 2281 on the Saudi Exchange) has announced successful completion of its strategic partnership transaction with US-based Tyson Foods, Inc. (NYSE: TSN), strengthening Tanmiah’s position regionally and extending its global reach, as a major poultry producer. The deal was signed on July 5th of this year.

As per the partnership agreement, Tyson Foods and Tanmiah will be jointly investing in the expansion of further processing capacity to 100,000 metric tons annually in Supreme Foods Processing Company and primary processing capacity of Agricultural Development Company to over a million birds per day. The deal also envisages the possibility of establishing a global halal business.

Tyson Foods is one of the world’s largest food companies and a recognised leader in protein. This partnership will unlock significant opportunities for Tanmiah to leverage Tyson Foods’ world-class technology and expertise across its value chain

Tanmiah is a leading manufacturer of fresh and frozen poultry products in the Middle East with production and distribution network in the KSA , UAE, Bahrain, Oman, Kuwait and Jordan.

“We are delighted to be joining forces with a global leader in food production, which will bolster our ambitious regional and global expansion plans. This collaboration is very significant for the poultry market in Saudi Arabia as it supports domestic self-sufficiency in line with Vision 2030 of the Kingdom,” said Zulfiqar Hamadani, CEO of Tanmiah.

“We are excited about this partnership that should help us expand our customer base in the Middle East. The partnership enables Tanmiah and Tyson Foods to work towards a common goal of efficient and sustainable food production for the region, and beyond,” said TAN Sun, President of Tyson Foods Asia Pacific.