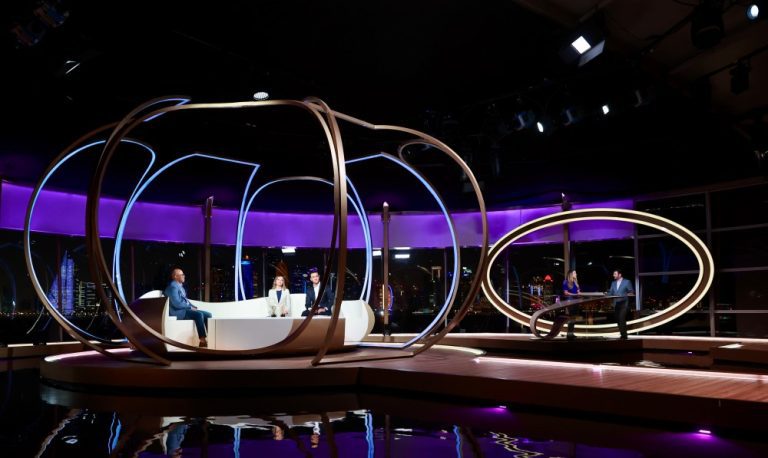 Six new high definition beIN SPORTS MAX channels will broadcast more than 18 hours of exclusive daily content each in four languages, while beIN 4K to show all 64 games in Ultra-HD

With more than 20 state-of-the-art studios across the country, a huge and diverse pool of expert analysts, and more than 50 reporters in Qatar and abroad, beIN’s extensive coverage will raise the bar on FIFA World Cup™ broadcasting

With more than 20 state-of-the-art studios positioned around the country, 18 hours of daily live coverage across each of its eight channels in four languages and the biggest male and female names in football providing the best analysis around, no other broadcaster will cover the beautiful game’s quadrennial tournament like beIN.

As the official FIFA World Cup Qatar 2022™ broadcaster in 25 countries across MENA and France, beIN will play a central role in showcasing Qatar and its historic tournament to the world, leading the way throughout build-up and during the biggest sporting event on the planet, which kicks off on November 20 and runs until December 18.

With its Qatar headquarters having evolved into one of the world’s leading sports and entertainment broadcasters over the past 19 years, beIN understands better than anyone the significance of providing exclusive, in depth, and quadrilingual coverage of the region’s first FIFA World Cup to local audiences across Qatar and the wider Arab World.

Mohammed Al-Bader, Managing Director of beIN Channels – MENA, said: “It is more than a decade since Qatar made history in being awarded hosting rights for the FIFA World Cup Qatar 2022™. In that time, like the country itself, we at beIN have worked tirelessly to ensure we provide an experience like never before seen anywhere in the world. We are offering an unrivalled viewing experience to football fans across the region. Nobody understands Qatar like beIN. Nobody has lived this journey like beIN. And nobody has the unique access and presence we do. On our home turf, our product will be best-in-class.

“With more than 20 state-of-the-art studios around the country, six brand new channels, extensive original coverage in four languages in HD and 4K, and with world-class pundits and reporters literally everywhere – from stadiums to fan zones, hotels to training camps – there is only once place to watch the greatest show on Earth, and that is undoubtedly on beIN SPORTS.”

The broadcaster has launched a bouquet of six new high-definition beIN SPORTS MAX channels dedicated to FIFA World Cup Qatar 2022™ coverage. Broadcasting 24 hours daily, the channels are divided along language preferences, with two Arabic, two English and two French channels, with the brand-new additional option of Spanish commentary on the two English channels during live matches. beIN’s very own Spanish commentators have been especially selected from Spain’s La Liga to call all the action on every game. Each new channel will feature full-day programming including live and exclusive coverage of all 64 games, a daily morning and evening show, original team-specific documentaries, unique previews, reviews, studio analysis from inside the stadiums and around the host country, and live, on-the-ground reporting across the region and worldwide. Every game will also be shown live in ultra-HD on beIN 4K with English and Arabic commentary.

The Arabic language MAX Channels, beIN SPORTS MAX 1 and 2, will be continuously live from 09:00 (MECCA) until 02:00 (MECCA) the following day throughout the tournament. The live coverage gets underway with the three-hour morning show (Here is Qatar) which will review the previous night’s action, cover breaking tournament stories as they develop and look forward to the day’s live action. The live coverage continues through each and every match with a nightly evening studio ‘Sports Evening’ on air from 00:30 (MECCA). beIN has the biggest international superstars from the world of football joining the Arabic studios, including Ricardo Kaka, Alessandro Del Piero, Arsene Wenger, Gabriel Batistuta and Ruud Gullit. Viewers will have the option via the language button on the beIN set top box remote control to select audio without Arabic translation, meaning if viewers prefer to hear the international stars answer in English rather than the Arabic translation, this option is available.

The English language MAX Channels, beIN SPORTS MAX 3 and 4 will broadcast live every day from 11:00 (MECCA).  Coverage starts with World Cup Daily presented by Matt Spiro and former Canadian international, Kaylyn Kyle. beIN will build up to all the matches with a live Countdown show in the company of Nicky Crosby and Jason McAteer, who played at FIFA World Cup 1994 & 2002.  Live match coverage is presented by Richard Keys, Andy Gray and Reshmin Chowdhury, who will be joined in the studio by some of the greatest players to step onto a pitch, including John Terry, Joe Cole, Peter Schmeichel and Gary Neville. Carrie Brown, Aarran Summers, Andy Kerr and Adriano Del Monte are the eyes and ears of the team as they report onsite from all the stadiums and iconic landmarks around Qatar.

On beIN SPORTS MAX 5 and 6, the French-language channels will feature daily shows and documentaries pre-tournament, including “The D-Day”, in which Paul Pogba relives the day he and his teammates lifted the World Cup in Moscow in 2018. Once the action gets underway, four shows will run daily bringing all the pre- and post-match analysis, coverage from press conferences and training sessions, and all the fervour from the fan zones. beIN’s French commentary team will describe all the action live, plus the French studios will have contribution from the famous ex-players including Luis Fernandez, Sonny Anderson and Marcel Desailly.

The refreshed beIN SPORTS NEWS, the MENA region’s leading channel for sports news, will broadcast live and continuously for 18 hours every day during the tournament. The channel will cover breaking stories and reaction, and rolling updates from teams’ training sessions and base camps,  pre and post-match press conferences, and fan zones. Plus, as part of its aim to expand access for underrepresented groups, the daily 20:00 (MECCA) news bulletin will also be delivered in sign language.

beIN has also produced more than 70 hours of unique in-house FIFA World Cup Qatar 2022™ content, that will run across all its channels, including original documentaries, features on the 32 qualified teams, star players of past and present tournaments, players to watch this winter, the host country’s preparations, and much more.

And for the broadcaster’s younger audience, over on beIN’s dedicated kids’ channel, Jeem TV, they will be able to enjoy a daily two-hour live entertainment show Marhaba 2022, which will be shown throughout the tournament. The engaging show, which will feature football-related quizzes for 28 celebrities and many children, will broadcast from a dedicated beIN studio at the Qatar Foundation Fan Zone at Oxygen Park. And it is just one part of a whole programme of family fun scheduled to take place at the 400sqm family zone, which will include special guests, interactive games, a host of digital competitions, and a podium where famous Jeem TV puppet Anbar will lead young contestants. Additionally, from a dedicated studio in Downtown Msheireb, the channel will broadcast four diverse edutainment segments: Sports for All, Nutrition & Health, Letters & Meanings, and a painter’s segment.

Ultimately, beIN will provide viewers with truly unparalleled, extensive coverage – to a level that has never been seen before – with fans across the MENA region able to reap the benefits. Every blade of grass across every inch of Qatar during every minute of the month-long tournament – beIN has it covered.

beIN will broadcast live from more than 20 studios throughout the World Cup. The Channel’s vast and ultra-modern HQ is positioned in central Doha, while a further 16 purpose-built studios will be in operation across the host stadiums and at strategic locations overlooking some of Qatar’s most iconic local landmarks – including Al Bidda Park, Souq Waqif, Sheraton Park, and MIA Park. As the official broadcaster of the host nation, beIN is granted VIP positions pitch-side, guaranteeing the best coverage for viewers.

Meanwhile, a purpose-built studio equipped with fully immersive extended reality (XR), augmented reality (AR) and Virtual Reality (VR) technology, is dedicated for a countdown show that will be live before all 64 games. Countdown will provide viewers with a fully immersive experience where they are taken on a dynamic journey and transported to key locations around the country, including stadiums, teams’ accommodations, and iconic landmarks.

In addition to 24 experienced roving reporters in Qatar and a further 34 correspondents providing reaction locally, regionally, and globally, beIN will also call upon 40 of the biggest names in football to provide star-studded analysis of all the tournament’s major talking points. The talent roster includes FIFA World Cup winners, a host of former internationals from five continents, MENA football legends, and global experts ranging from elite coaches to globally renowned pundits, and expert referees.