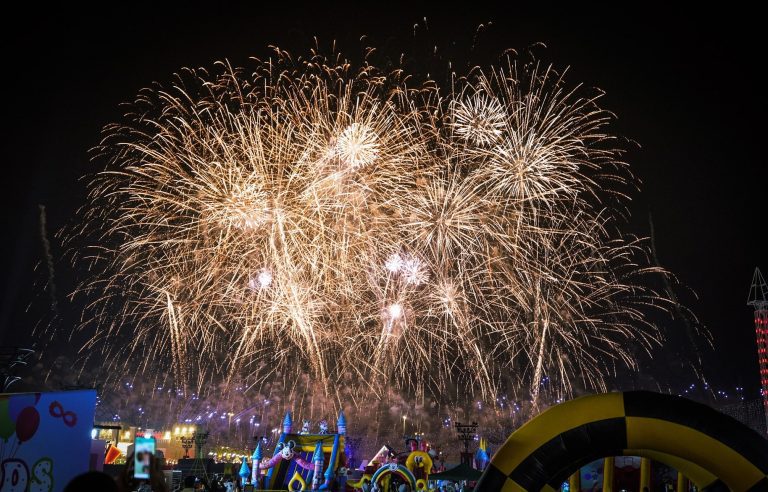 Abu Dhabi, United Arab Emirates-: The Sheikh Zayed Festival, currently being held at the Al Wathba area, is featuring special activities for its visitors from all over UAE, the region and the world, during the weekend.

On Saturday January 14th, visitors of the Festival will have a chance to win valuable prizes from the second raffle draw of the H.H. Sheikh Mansour bin Zayed Al Nahyan Horse Racing Festival, which celebrates the legacy of the late Sheikh Zayed bin Sultan Al Nahyan, may his soul rest in peace, in preserving the Arabian horses breed and promoting the cultural heritage of the UAE as well as the Emirati values of the founding fathers.

Also happening this Saturday, the Festival will be hosting a concert which will be held at the Heritage Village Theater, along with delightful performances on the stages of the participating countries’ pavilions. Visitors can still visit the Glow and Flower Garden, try out the number of delicious food selections, visit the Children’s Theater for the younger ones to enjoy educational shows, and many more. In its current edition, the Sheikh Zayed Festival constantly displays the word, “Hayakum”, a prominent Emirati greeting to welcome Festival revelers.

Other prominent events for the weekend are major fireworks displays, the Global Civilizations Parade, events and features of the Heritage Village, the Al Wathba Custom Show and a rich list of major entertainment choices that will delight every member of the family.

Since its inception, the Festival has been keen to convey the cultural and intellectual heritage of the UAE with the objective to share the depth and richness of the country’s traditions, as well as to highlight the extent of its diversity by organizing a world-class cultural event that attracts citizens, residents and tourists from around the world.