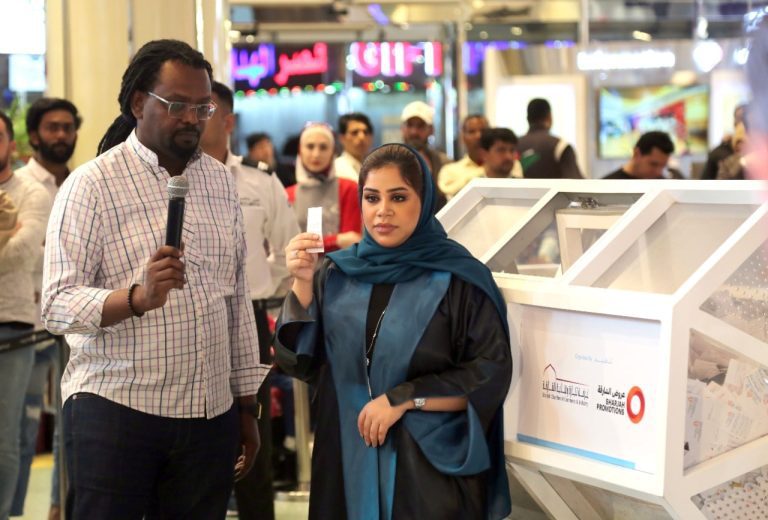 Sharjah – The Sharjah Chamber of Commerce and Industry (SCCI) has announced the lucky winners of the Sharjah Shopping Promotions’ first raffle draw with 18 lucky shoppers receiving purchase vouchers and travel tickets during a ceremony held yesterday (Friday) in Mega Mall.

The Sharjah Shopping Promotions is still ongoing in all cities and regions of Sharjah and will continue until January 29, 2023.

Hana Al Suwaidi, Head of the SCCI’s Festival and Shows Department, congratulated the winners and wished all shoppers good luck in future draws. She also encouraged the public to increase their shopping in order to have a greater chance of winning the grand prize of an Infiniti Q5 model 2023 on January 29.

For her part, Aisha Saleh Al Zarouni, a member of the Raffle Draw Committee, said that the Chamber is committed to organizing initiatives and diversifying its programs in all cities and regions of Sharjah in order to achieve one of its main goals: ensuring the happiness of society.