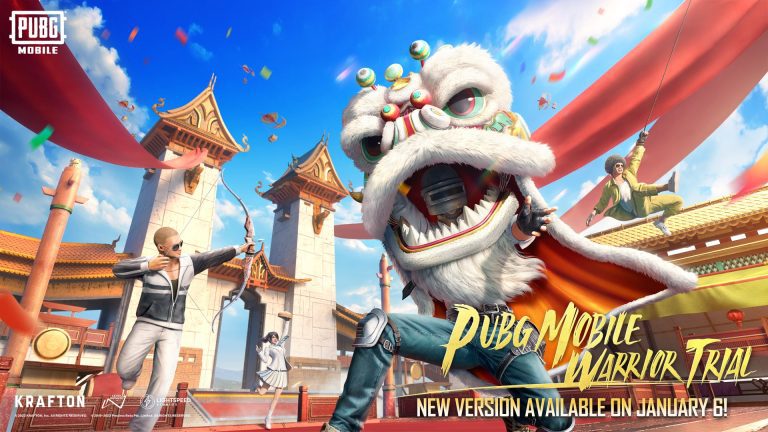 In the Version 2.4 Update, PUBG MOBILE goes for the knockout by introducing Martial Showdown, a festival celebrating martial arts bringing never-before-seen items, events and spaces to explore across Erangel and Livik. Players can use the agile Dancing Lion vehicle, stored in their backpack, to transport themselves and a friend quickly through the battleground, with the ability to both jump and dash. These will however only spawn in the new Martial Arts Arenas, which are dotted around the maps – half of which are open and the other half locked until the end of a countdown. New items include a nifty Grappling Hook to get away from tough situations, and the Bow, a charge-and-release ranged weapon ideal for stealthy play which can deal damage to a wider area with Explosive Bolts as well as regular Bolts!

Players can now set out on fierce revenge missions with the new Back For Honor feature. After being recalled from elimination by a teammate, players can hunt down the enemy that eliminated them within the time limit. Rewards go to the revenge seeker if successful, or the target if they manage to evade elimination themselves.

Blessing Kites and Lanterns, which will drop crates when destroyed, are scattered around urban areas and above the Martial Arts Arenas. Also, the new Kung Fu Steamed Bun consumable can restore Health and Energy.!

Revealed earlier this week, PUBG MOBILE will be bringing Bruce Lee, the international icon, to the Version 2.4 Update in partnership with The Bruce Lee Family Company. Beginning January 10th, the Bruce Lee Kung Fu Soul Set, Melee Expert Set and Mr. Kung Fu Set will be available to provide players with different iconic looks of the martial arts master. A number of cosmetic skins for vehicles, parachutes and more are also available, as well as Bruce Lee-themed emotes.

Finally, players can participate in the Dreamrealm Apprentice event from January 10th until January 26th to gain access to exclusive rewards by following Bruce Lee through a series of challenging trials.

PUBG MOBILE’s Version 2.4 Update also brings big updates to firearms and vehicles. As of today, the new AAC Honey Badger firearm will be available in Erangel, Sanhok and Livik, with 7.62mm rounds and a high-firing rate, making it perfect for close-quarters combat! Additionally, the FAMAS will be made available in Erangel, while the QBZ, SMG and Motorcycle Ride mechanics have been improved.Finally, 2-Seat Bikes are now available to ride around with friends from Bicycle Sheds, which are now available in Miramar and Livik as well as Erangel. Mountain Bikes will also now be accessible in Livik’s Desert.

Back in action with significant enhancements on January 9th is the revamped Metro Royale mode, with a new map, Misty Port, which comes with more supplies, transportation routes and NPC enemies and bosses for a superior PvE experience. Players can now access Draw Packs in Metro Royale’s Black Market, including the Premium Firearms Pack and Premium Armor Pack which can be purchased with Metro Cash. Other upgrades include new Fabled equipment with 1-2 special traits, four new sellable items only available in the new map, augmented armour resistance against explosives and an inventory capacity increase.

The Version 2.4 Update will also welcome Cycle 4 Season 10 on January 17th! A new set of Legendary items awaits players, alongside a new title archive system for more in-depth tracking of Season Title history, such as Season completion progress. There are also changes to the Conqueror tier of the tier system, now with 100-point mini-tiers and stars, and four new season titles (Phenom, Almighty, Medic and Summit).

Also coming on January 17th is Royale Pass Month 19: Boiling Blood, which brings new rewards, updated RP Favourites Crates, plus access to your favourite rewards from past seasons. The Server Golden Chicken, Bonus RP Points, and Group Purchase will also continue to be rolled out, as well as a slew of new RP Missions that can be completed in Metro Royale.