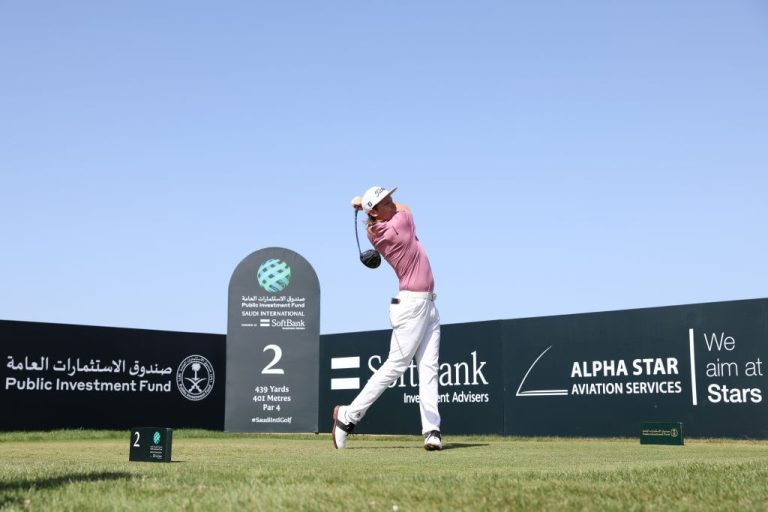 King Abdullah Economic City:  The $5million PIF Saudi International, powered by Softbank Investment Advisers, will have one of the hottest golfing talents on the planet on show in its fifth edition after the reigning British Open champion and PGA Player of the Year Cameron Smith was confirmed for the Royal Greens Golf & Country Club from February 2-5.

The Australian, currently world No.3 in the official World Golf Rankings, will join defending champion Harold Varner III and the 30 top-ranked players on the Asian Tour at the King Abdullah Economic City course with more big-name players set to be confirmed in the coming weeks.

Smith is in red-hot form going into the tournament and won the 150th Open at St Andrews in Scotland last July, as well as clinching the Fortinet Australian PGA Championship for the third time in November.

Smith, who finished T4 at the Royal Greens Golf & Country Club last year, said: “The Saudi International regularly has one of the biggest line-ups of the season.

“It’s always good to play in a world-class field, I am looking forward to taking on some familiar faces and also competing with the best that the Asian Tour has to offer. I had a great experience at the Royal Greens last year and hopefully I can take it to the next level this year”

The PIF Saudi International powered by SoftBank Investment Advisers moved to the Asian Tour circuit in 2022, and the event already has a huge legacy going into the fifth edition in February. Past champions include two-time Major winner Dustin Johnson, who won in 2019 and 2021, as well as 2010 US Open champion Graeme McDowell and defending champion Varner.

Majed Al-Sorour, CEO and Deputy Chairman of Golf Saudi, said: “The field for the fifth edition of the event is taking shape and we are delighted to welcome Cameron Smith. As reigning British Open champion and PGA Player of the Year for 2022, he is one of the biggest names in golf, and his participation once again shows the high level of interest in the PIF Saudi International.

“The combination of world-class golfers and mass participation programmes we have developed are helping us to grow the game in the Kingdom, and year on year we have seen more and more first-time golfers and schools taking up this wonderful sport.”

Escape To Brazil For An Unconventional Valentine’s Day