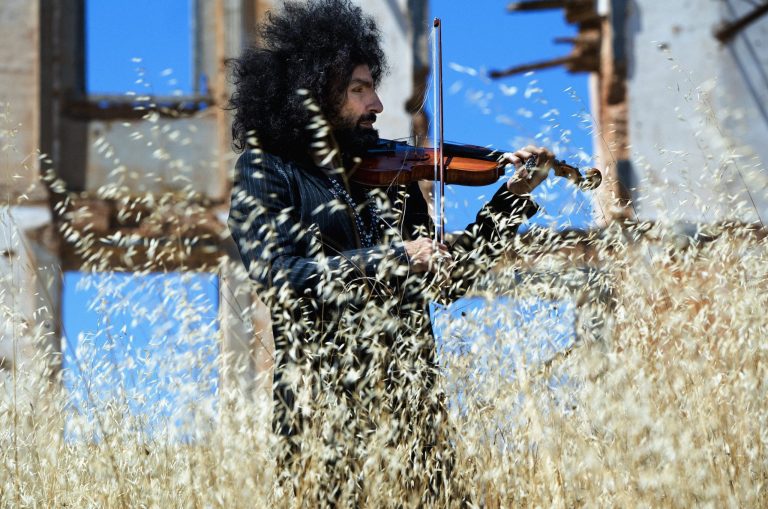 Some of the most popular names on the regional and international music scene have been lined up for a series of intimate concerts at AlUla in the coming weeks, with Iraqi legend Kadhim AlSahir, Lebanese pianist Guy Manoukian, and Spanish violinist virtuoso Ara Malikian.

AlSahir, the ‘Caesar of Arabic music’ plays at Maraya, the world’s largest mirror building and a stunning musical venue set in the desert canyon of Ashar Valley, on Thursday 19 January. Famed Lebanese pianist Guy Manoukian then teams up with celebrated Spanish violinist Ara Malikian for an extraordinary concert under the stars the following week at AlUlA Old Town on Thursday 26 January.

The shows offer the musical stars a wonderful opportunity to connect with their fans in the region, while also ensuring memorable moments and experiences for visitors to the destination which offers ancient history, heritage and culture combined with high-end luxury settings.

‘Eid Al Ashaq’ star AlSahir is a singer, poet and composer who has sold well over 100 million albums worldwide. He said: “Playing AlUla is a special occasion for me – it is one of the world’s most unique and beautiful locations and this incredible setting gives us all a wonderful chance to connect with the power of music. Performing at Maraya in front of my fans will be a special highlight in my career.”

‘My Land’ star Manoukian has built up a huge following worldwide, and the piano man is looking forward to performing a special concert with Ara Malikian, a Spanish violinist virtuoso of Lebanese origin and Armenian descent.

Guy said: “There are few places as majestic or unique as the historical village of AlUla Old Town, anywhere in the world, and we look forward to putting on a special show which fits in with the full calendar of cultural events that are helping to create incredible memories at this wonderful location.”

Ara said: “Performing at AlUla is a real privilege and I look forward once again to being part of a truly magical moment at AlUla Old Town with a wonderful audience in a special setting. AlUla is an incredible location and an important location in Saudi’s ever growing cultural offering. It is an honour to be part of this country’s musical and artistic journey.”

AlUla has already hosted a number of high-profile concerts this Winter at Tantora, with musical superstars including Majid Al Mohandis, Mohammed Abdo and Assala Nasri all wowing the crowds with intimate musical performances.

A special ‘Shorfat AlJadidah’ musical show was also performed by the Saudi National Band in December, where performers communicated with each other in song from the balconies and rooftops of the Incense Road of AlJadidah. The show was created through a collaboration between the Royal Commission for AlUla and the Saudi Music Commission.