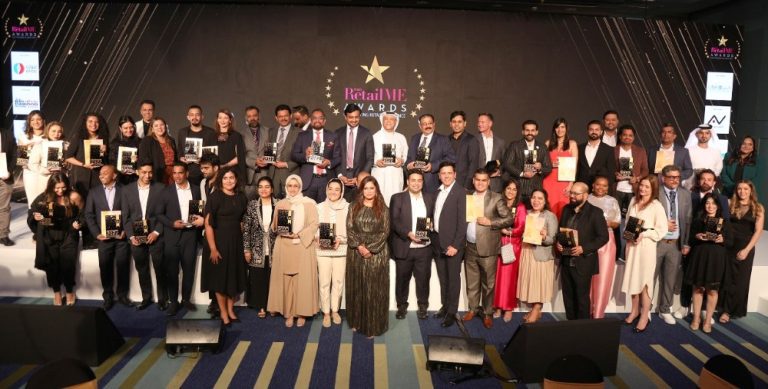 Images RetailME received over 135+ nominations from retailers in the UAE, Saudi Arabia, Oman, Kuwait, Egypt and more. All nominations were reviewed by a distinguished panel of jury members. More than 35 awards were given out on Tuesday (November 15, 2022) night to retail leaders from different companies across the region during the gala ceremony.

The awards recognised the achievements of retailers from the region who have had the courage to think out-of-the-box and bring innovative retail concepts and experiences equipped with emerging technologies and data that the world has access to today.

Some of Middle East’s most deserving retailers were felicitated at the gala ceremony at the annual Images RetailME   Awards, held alongside the 11th Middle East Retail Forum (MRF).

Welcoming the delegates, Justina Eitzinger, Chief Operating Officer of Images RetailME, organiser of the Middle East Retail Forum and the Images RetailME Awards, said, “RetailME Awards has become the most coveted regional awards for the top performers and trendsetters in the retail industry in the Middle East. We are happy to honour the most admired retailers in the Middle East region at this prestigious award ceremony. We aspire to inspire more retail industry players to up their game and be recognized in the future for their good work. It was truly a privilege for me to go through all the nominations along with the jury and see all the retailer’s efforts unfold into tangible results of excellence this year.”

Images RetailME Awards aims to serve as a benchmark in the Middle Eastern retail industry by          honouring best practices and efforts of the retail fraternity, which serves as a massive contributor to the overall economy. The categories were carefully designed to ensure equal opportunities to all verticals across the board.