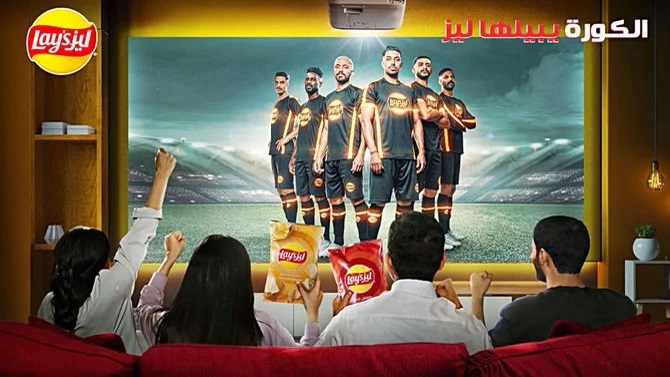 As the football spirit takes over the world, Lay’s — one of the marquee brands from PepsiCo —  has partnered with six of the biggest Saudi football players to produce a one-of-a-kind commercial, paying homage to the popular game in Saudi Arabia.

The commercial starts with the team handing out Lay’s chips to the audience and then proceeding to create havoc on the football field, creating hurricanes, splitting the ground, and even stopping time.

As part of the new football campaign, Lay’s has also recorded an adrenaline-pumping music track of inspiring football-themed anthems in partnership with Anghami, the popular music streaming platform in the Middle East and North Africa. The song incorporates local chants to ensure that it resonates with Saudi audiences all around.

With the football film, PepsiCo aims to further promote the local culture and sports community, according to a press release.

Aamer Sheikh, CEO of PepsiCo Middle East, said: “We are delighted to have joined forces with some of Saudi Arabia’s greatest football stars and Anghami to launch this fantastic campaign. Beloved by many across the Kingdom, region, and the world, the beautiful game is renowned for its unifying power: its uncanny ability to bring people and communities together — not only to have fun and revel in the passion of the sport but to get closer to one another.”

Sheikh said the campaign is all about bringing joy to the fans and is a way for the brand to connect with the Saudi audience by finding common ground in the nation’s favorite game, football. “And the love of snacks — to deliver even more smiles throughout the season,” he added.

In line with the football-themed campaign and to elevate the overall experience, Lay’s has also rolled out a commemorative set of limited-edition flavors: Creamy Garlic Sauce, Balsamic Olive Oil, and Honey Mustard.

Over the course of the campaign, each player featured in Lay’s newfootball film will appear on the packaging of the brand’s collection of special-edition potato chips bags, giving football fans, sportslovers, and people across the Kingdom the chance to enjoy their favorite snack while cheering on their heroes during the football season.