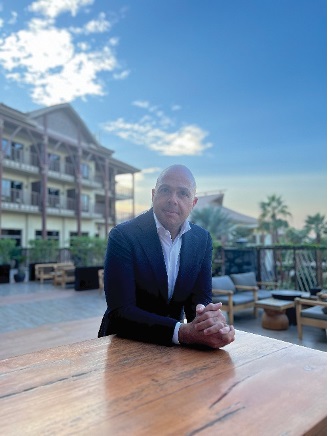 DUBAI, UAE-: Lapita, Dubai Parks and Resorts, Autograph Collection has appointed Faiek El Saadani as the new General Manager, bringing over 24 years hospitality experience to the role. El Saadani’s career has taken his across the globe, having amassed a wealth of experience in the likes of UAE, India, Thailand, Azerbaijan, Germany, and Poland.

Prior to joining Lapita, El Saadani held the role of General Manager at W Abu Dhabi- Yas Island, where he oversaw the overall rebranding and repositioning of the first W in the Capital of the Emirates.

The early days of his hotelier career seen him hone his skills predominantly in the food & beverage division. Continuous exposure to this thriving and ever evolving facet of hospitality solidified his roots in Food & Beverages and operations. His finger remains firmly on the pulse of this vitally important aspect of the overall guest experience.

Faiek joined Marriott in 2003 and held Director of Food & Beverages positions, across Marriott Hotels in Delhi, Mumbai, and Bangkok. In 2015, he returned to UAE as Hotel Manager of St Regis Hotel Dubai then, located within the heart of the Al Habtoor City Complex.

After a year, he was promoted to the General Manager position of the same hotel and being a part of the opening team of The St. Regis Dubai, he has played a key role in setting up all operational and strategic elements, which has helped maintain the hotel’s position as one of the leading luxury properties in the region.

Commenting on his new role at Lapita, El Saadani said, “I am very excited by my new role as GM at Lapita. It is an incredible, unique, and highly regarded property, and I can’t wait to make my mark. I am particularly passionate about two aspects, the first being the cultivation of a strong team who works together and an unparalleled customer experience that boasts both high-end and personal service.”