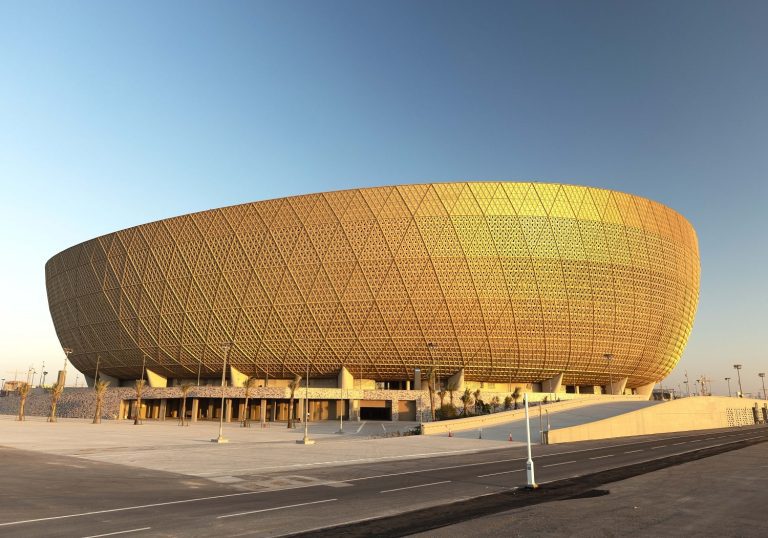 Idrica Qatar (Aguas de Valencia WLL) has deployed a smart platform to monitor water usage in real time in the areas around seven football stadiums, the teams’ training and accommodation areas, and the so-called “fan zones”. this platform provides greater control over the network and helps to prevent adverse water situations during the event.

the project includes alerts based on rainfall forecasts, integrated with qatar’s meteorological agency. the platform monitors water levels, water speed and flow in wells in the sewerage and rainwater networks, and the pressure of the treated water network.

A LEGO-like modular stadium, a ball with an IMU sensor to detect offside incidents, AI-based player tracking, and climate-controlled stadiums are just a few of the innovations being showcased at the 2022 World Cup. Although this competition has just started in Qatar, it has already gone down in history as the most technologically advanced event of its kind in the world.

However, FIFA has another major challenge ahead: the efficient use of water during an event that is expected to be attended by over 1.5 million people, in a country with one of the world’s highest water stress rates. To respond to this issue, Idrica Qatar (Aguas de Valencia WLL), through its GoAigua Sewer Twin solution, will be involved in optimizing water resource operations and management to provide greater control and monitoring over critical locations. This tool integrates, processes and exploits data from multiple sources, thanks to the application of advanced algorithms, thus centralizing indicator visualization and asset control.

The digital solution monitors the areas around seven football stadiums, the teams’ training and accommodation areas, and the so-called “fan zones”, where 76 sensors and 1,500 field signal meters have been installed.

Christian Perez, Idrica’s Technical Manager, points out that this initiative started after the 2021 FIFA Arab Cup, “where shortcomings were detected in the monitoring of stadiums, water levels in manholes, and in treated water pressures and odors”.

It should be noted, at this point, that both the Arab Cup and the World Cup are held during the rainy season, when rainfall is very heavy and causes severe flooding. “Despite being an arid climate,” says Christian Perez, “the rainy season is a challenge, because Qatar is not sufficiently prepared to provide a solution to this type of critical events that lead to flooding and cripple the region to a certain extent”.

Therefore, in addition to real-time monitoring, alarms have also been set up based on rainfall forecasts. “The integration of GoAigua Sewer Twin with the Qatar Met Office has maximized the mobilization of resources specifically for the areas of the country that would be affected by a rainfall event,” Perez explained. GoAigua can display data from multiple sources, making it more efficient and reliable.

Thanks to the installation of pressure gauges and the deployment of operational plans, the GoAigua solution provides Ashghal, Qatar’s Public Works Authority, with greater control over potential adverse situations that could occur during the World Cup.

As FIFA states on its website, many stadiums have systems for detecting leaks and measuring water flows, helping administrators with management, optimizing response times and streamlining water use. In this regard, the Idrica specialist pointed out that GoAigua Sewer Twin “monitors water levels, water speed and flow rates in the sewage and rainwater network manholes, and keeps a check on the pressure in the treated water network, setting up alarms to prevent potential issues and improve operability”.

At the beginning of October, Idrica Qatar (Aguas de Valencia WLL) was given a “Green Award” for its work in boosting sustainability. More specifically, Idrica won first prize in the Green Awards’ Green Design category, thanks to the smart irrigation pilot program in which the GoAigua Smart Green solution was deployed in two parks in the city of Al Khor. Thus, Ashghal, Qatar’s Public Works Authority, acknowledged the hard work carried out by the company in a project regarded as a Sustainable Development initiative, in line with the Qatar National Vision 2030, as well as with environmental and sustainability policies.

Thanks to these projects, Idrica Qatar has established itself as one of the companies that is helping Qatar on its road to digital transformation.