Hankook Racing Team achieves the 2022 Saudi Toyota Championship, after Al-Mouri and Al-Orabi won the top spot in the Time Attack and Drifting categories 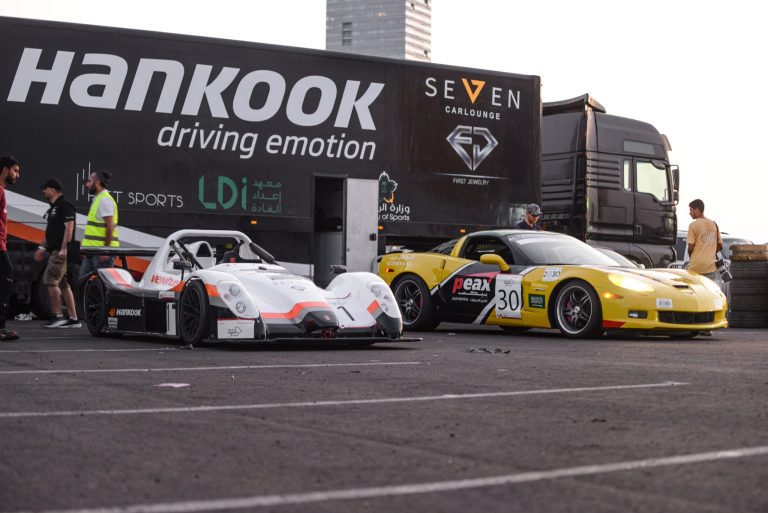 Saudi Hankook Racing Team has dominated over the most share of the first places in the Saudi Toyota Championship 2022 held recently at Jeddah Corniche Motor Racing Circuit, where motor racing champion Captain Saeed Al-Mouri succeeded in winning the first place in the Time Attack Race category, while his teammate Captain Mohammed Al-Orabi won the lead in the drifting championship, making Hankook the overall champion of the tournament after winning the top of two of the three race categories.

During this strong and exciting championship, the team relied on Hankook F200 tyres, which were fitted to Captain Saeed Al Moori’s car in the Time Attack Race, while Captain Mohammed Al Orabi’s car started in the drift race after being fitted with Hankook K127 tyres.

On this occasion Captain Saeed Al-Mouri confirmed that he and his teammate captain Mohammed Al-Orabi succeeded in translating the efforts of the whole members of the team and the substantial support they find from Bin-Shihon Group, the Exclusive dealers of Hankook tires in Saudi Arabia, noting that this achievement will be added to the team’s outstanding series of championships during the current season of motor racing in the various regions of the Kingdom.

However, Mr. Marwan Bin-Shihon, Vice Chairman of the Board of Directors of Bin-Shihon Group, the Exclusive dealers of Hankook tires in Saudi Arabia, congratulated the Saudi Hankook Racing Team for achieving the Drifting and Time Attack championships in the Saudi Toyota Championship 2022, stressing that the team consecutive achievement of top places in the championships reflects the great work that is being done within the team, not only from Captain Saeed Al-Mouri and Captain Mohammed Al-Orabi, but from the entire team members in various disciplines in order to reach these results, explaining that the work will continue in order to serve Saudi motorsport, which is witnessing great development in light of Vision 2030, which paid great attention to the sports sector and paid it a large part of its attention.

It is noteworthy that Hankook tires is the major supplier of tires to major global car manufacturers such as Mercedes-Benz, Audi, BMW, Porsche, Volkswagen and Tesla.