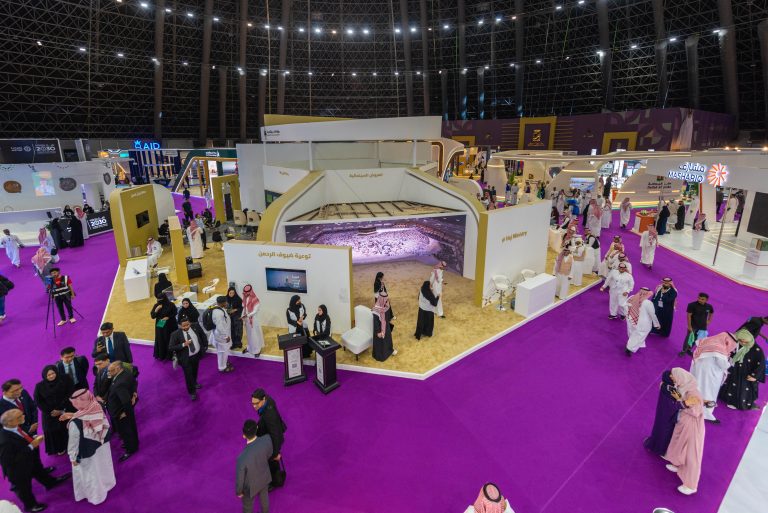 The second edition of the “Hajj Expo 2023” Hajj and Umrah Services Conference and Exhibition drew a record 60,000 visitors from around the world. The expo, which was organized under the theme “Quality of Services,” attracted over 200 government entities as well as Hajj and Umrah companies. During this event, over 400 international agreements were signed, including 57 concerning Hajj.

Sponsored by His Royal Highness Prince Khaled Al-Faisal, Advisor to the Custodian of the Two Holy Mosques and Governor of Makkah Region, the Hajj conference and expo promoted collaboration and partnership opportunities. Numerous agreements were signed between the Ministry of Hajj and Umrah and Hajj and Umrah mission representatives from over 57 states. Important agreements and partnerships between local and international investors have improved collaboration and created new opportunities for partnership.

The event promoted the culture of high-quality services and emphasized the big projects that will be undertaken in the Kingdom to improve the quality of Hajj and Umrah services, as well as to enable easier and faster entry of pilgrims and Umrah performers from across the world. Numerous new services and technologies were introduced to guests during the event to enhance their experience in line with Vision 2030 objectives.

Dr. Tawfiq Al-Rabiah, Minister of Hajj and Umrah, announced during his introductory remarks that the number of pilgrims had for the first time increased to pre-pandemic levels after having been reduced for three years due to health measures. Al-Rabiah highlighted that the government of the Custodian of the Two Holy Mosques considers the services of pilgrims and Umrah performers from all over the world a top priority, a sincere historical commitment, and a great honor. The government is eager to provide pilgrims with digital technology throughout their journey so they can fulfill their religious obligations in comfort and ease.

Al-Rabiah emphasized the Ministry of Hajj and Umrah’s eagerness to improve all services and solutions available to pilgrims and Umrah performers, adding that all laws and legislation in the Hajj and Umrah ecosystem have been developed.

Hajj Expo 2023 met all of its objectives and drew participation from the governmental, private, and non-profit sectors, owing to the unflinching support of Custodian of the Two Holy Mosques and the Crown Prince. The conference and expo focused on the most new advancements in the Hajj and Umrah sectors, as well as innovative services and strategies to empower entrepreneurs.

The four-day conference featured numerous scientific and dialogue sessions. The total number of main sessions were nine while that of dialogue sessions were nine and four consecutively, in addition to two presentations, 36 workshops co-presented by 70 local and 11 international speakers who assessed the current and future of Hajj and Umrah services via three themes: improvement, competitiveness, and sustainability.