Get a Bite of Royalty from Couqley French Bistro & Bar 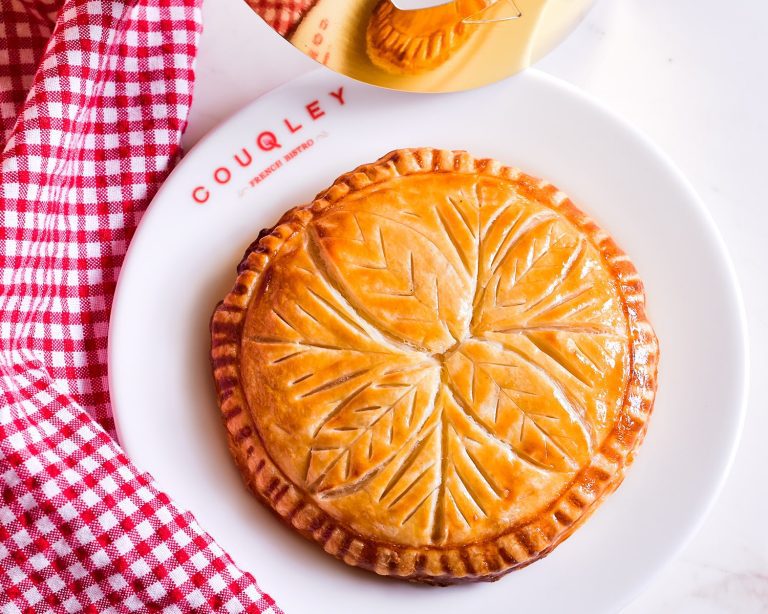 Indulge in the limited edition, King’s Pie to partake in a 700-year-old French tradition with Couqley JLT

Those thinking that the French food fest was over with the New Year’s celebration behind us, should think again because Couqley JLT has a ‘royal’ surprise! In honour of an ancient French tradition that involves a warm flaky pie and a hidden dry bean, Couqley French Bistro & Bar has just announced the relaunch of a limited-edition desert called the le galette des rois or The King’s Pie! The special dessert priced at AED 220 is available for pickup, only for a month, until February 5th.

Anyone who has strolled past local bakeries in the streets of France would possibly have a hint of the country’s love for le galette des rois or the King’s Pie during the month of January! The pie inspired by an ancient French tradition, involves the crowning of a lucky winner who discovers the hidden bean buried inside one of the slices. The JLT outpost of Couqley is bringing this classic French tradition to the city of Dubai as a limited-edition, warm puff pastry dessert, priced at AED 220. The King’s Pie is made of creamy frangipane (velvety almond cream with a hint of vanilla) sandwiched between two flaky, buttery layers of puff pastry.

A definite indulgence for guests in this cool winter weather, residents in JLT are urged to order their own King’s Pie to partake in a royal French tradition as old as 700 years! The heart-warming delight is just another way Couqley is allowing customers to embrace a unique tradition and fall in love with the classic French way to ease into the New Year!

The King’s Pie is available to order only from the JLT outpost of Couqley French Bistro & Bar. A 48 hr notice is required as the pie is made fresh in the Couqley kitchen