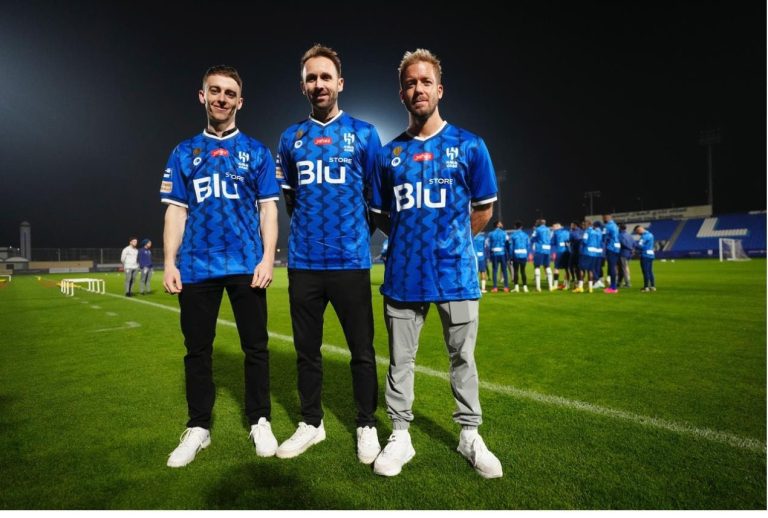 The drivers got a chance to test their skills alongside the club’s first-team players including Saudi Arabia international Salem Al Dawsari, who scored the winner in the country’s 2-1 win against Argentina at the FIFA 2022 World Cup. They also met Saudi Arabia’s national captain Salman Al Faraj.

The 2023 CORE Diriyah E-Prix is a double-header of races in the ABB FIA Formula E World Championship this Friday and Saturday. Rounds 2 and 3 take place on a street circuit surrounding the UNESCO World Heritage Site, one of the most picturesque locations on the 16-race calendar the only night races in the Formula E season.

Fans attending the 2023 CORE Diriyah E-Prix will get their first look at the all-new GEN3 for the first time – the fastest, lightest, most powerful and efficient electric race car ever built. Capable of 200mph / 322kph, the 22 drivers will push the world’s most advanced electric racing car to the limit as they navigate the 21-turn, 2.495km circuit.

As well as enjoying incredible on-track action, fans will get to enjoy electric performances from world-renowned artists, John Legend, French Montana, Miguel and DJ Martin Garrix who will be performing post-race concerts over the weekend.

Ticketholders can enjoy a full day of entertainment for the whole family in the Allianz Fan Village with racing simulators in the gaming arena, plus live music performances, street food and much more.