du Announced as Title Partner of Fanzone by McGettigan’s 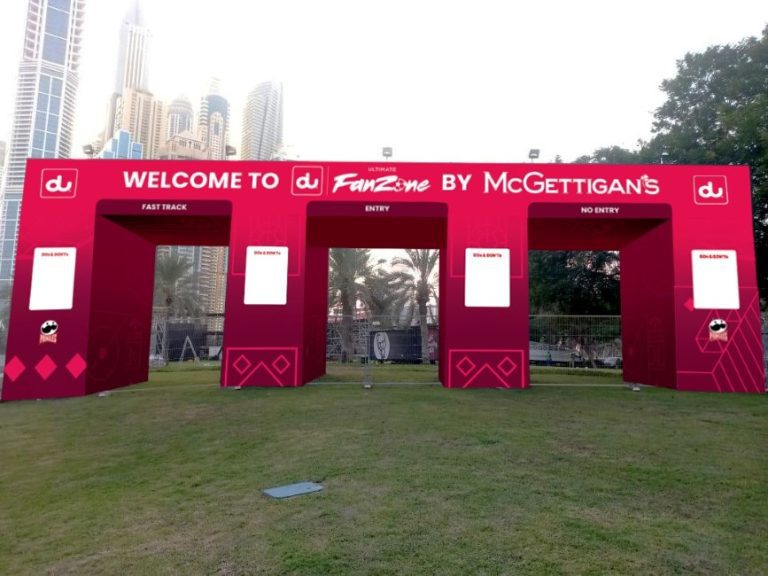 du will optimally deliver 5G connectivity and network infrastructure for every World Cup match, as well as offering exclusive discounts for du customers at the Fanzone. They will be adding to the fun and lively atmosphere of proceedings with plenty of family friendly games, activations, and giveaways.

“We are delighted to have du onboard who will be supporting all fans as they cheer on their team at the du Fanzone by McGettigan’s” said Dennis McGettigan, CEO of McGettigan Group

The Fanzone by McGettigan’s will officially open on the 20th of November 2022 and announced that entry will be completely free for all visitors arriving before 4pm. The site will open at 12pm, with the official ceremony later that afternoon.