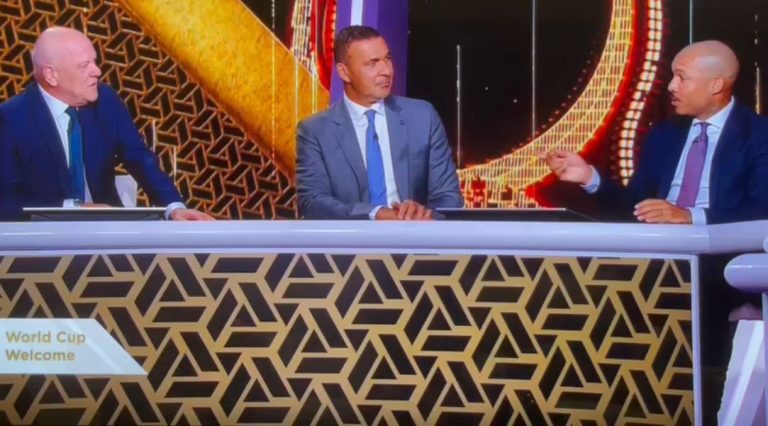 World Cup finalist De Jong, who played in Qatari Stars League, says Western critics must step out of their bubble and experience the country for themselves before passing comment

DOHA, QATAR – : Bringing balance and lived experience to the beIN SPORTS MAX studios this weekend, football legends Ruud Gullit and Nigel De Jong provided a passionate explanation as to why they believe Qatar deserves to host the ongoing FIFA World Cup Qatar 2022 and dismissed persistent claims that the country lacks love for the beautiful game.

During Saturday night’s World Cup Welcome show, the two former Netherlands internationals were asked by beIN SPORTS presenter Richard Keys about Qatar’s hosting merits ahead of Sunday’s opening match between the Gulf state and Ecuador. De Jong, a tough-tackling midfielder who played in the World Cup final against Spain in 2010, has been based in Qatar since 2018 when he moved to the Qatari Stars League (QSL) and said he has noticed an evolution of the sports culture in his five years in the Emirate.

“They have the culture here and when I was playing, you could sense, especially with the locals, that they are really interested in sports and want to do well in sports,” said De Jong, who played for Al Ahli and Al Shahania following a decorated career that included silverware-laden spells with Ajax and Manchester City.

“When I came here, I have to be honest, I also had my doubts about the country, but I opened myself up, in the sense of, whether I am willing to understand the culture. Am I willing to understand the sporting culture that exists here? For me, to see that and see the next five years of development country- and sports-wise – and also football-wise – has been a massive journey.”

Gullit, a two-time European Cup winner with AC Milan and winner of the 1988 European with Holland, has worked at beIN for 10 years as an in-studio analyst. When asked by Keys if Qatar deserves to host the World Cup, the Dutchman was unequivocal.

“The World Cup is for the world so if you only do it in Europe, it is not a World Cup anymore. They said the same thing when South Africa got it and they had a wonderful tournament. It has also been in Asia – Japan and South Korea. There are always issues at certain tournaments,” said Gullit, who led a bid for Belgium and the Netherlands to host the 2018 World Cup that was eventually awarded to Russia.

“Everybody deserves a World Cup. The only thing Qatar can do now is just show how wonderful this tournament is going to be and then it will all be over. I have been here and a lot of things have changed in this country. Every country in the world has issues and every country tries to be better.”

De Jong, after highlighting the footballing culture and infrastructure that has been developed in Qatar over the past decade – which includes the first-class, globally lauded Aspire Academy – urged critics to do what he did: educate themselves before passing comment.

“The [Asian Cup] win that Qatar had in 2019 gave a massive boost,” he said. “They also have a fantastic academy here called the Aspire Academy where they develop young talents into the national team. Many stars from around the world also come here for their rehab when they are injured. The main issue that we have right now is communication – and also the willingness to understand each other’s cultures.

“If you are not a world traveller, you have a closed mindset. You are in a bubble in the UK or Belgium or Germany or whatever. You are closed off, so you only understand the Western and European mindset. You have to open yourself up and then you can have a discussion about whether you like it: Yes or no. But at least see it, experience it, then make your mind up.”

Gullit and De Jong are just two of the star-studded line-up of pundits providing expert analysis for beIN SPORTS during the FIFA World Cup Qatar 2022. As the tournament’s official broadcaster in 24 countries across MENA and France, beIN is playing a central role in showcasing Qatar and its historic tournament throughout the month-long showcase.