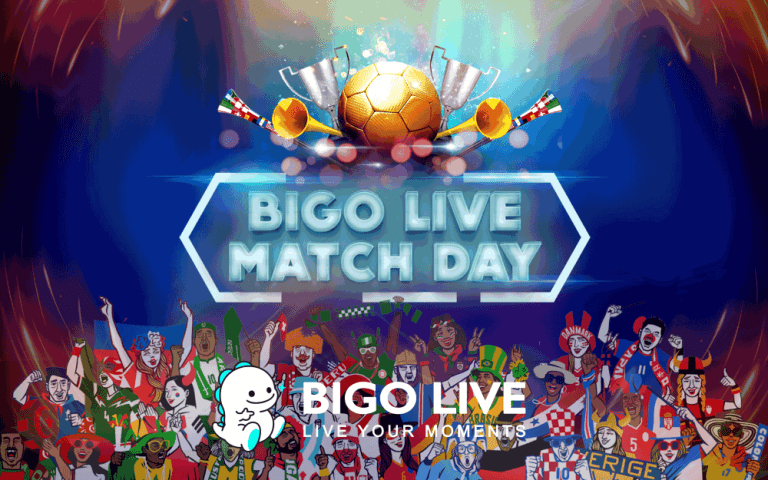 Dubai-UAE:– Bigo Live, a leading social livestreaming platform, kicks off this winter with the latest Bigo Live: Match Day program aimed to hype football fans for the upcoming Football World Cup. The program starts by selecting world cup ambassadors and will invite Arab talent from across the MENA region to showcase their football skills and express their passion for the sport on Bigo Live. The whole program will be held from 20 November to 18 December 2022 and has been introduced with a goal of diversifying content while also providing the Bigo Live users with a unique window into the football event.

Through the introduction of the program, Bigo Live aims to curate a variety of unique activities to engage football fans and players. The platform will be building upon the World Cup Communities (fan discussion groups) to drive positive interactions as it will be providing a daily football highlights compilation covering the best moments from matches and also encourage fans to come together to share their experience and support for their favorite teams or players. Bigoers can use their creativity to make their videos and stand out while forming real-time connections with their audience. Bigo Live also creates chat rooms for up to 500 users to express their excitement for this world event in real time, where football fans can gather to share opinions and interact with each other. During the live streams, viewers can participate in answering football trivia quiz questions where winners will have the opportunity to win Apple iPhones and a variety of virtual gifts.

With over 3.5 billion fans, football is one of the most celebrated sports, not only regionally, but across the globe. Bigo Live strives to create diverse and compelling content that appeals to local communities and in this effort, continues to invest in improving user experience across the MENA region for Arab audiences. As a result, the platform is preferred by Arabic football fans as they find it easier to access and are able to follow their passion, communicate with their favorite broadcasters, and join the region’s expanding football communities in their own local language. To further showcase the platform’s support to regional creators, Naseem Kora (BIGO ID: Sportcafe), a popular football creator on Bigo Live whom has been providing expert fantasy football advice for many years, will be invited to hold a live stream on the platform to share fantasy football strategies while predicting football matches.

“Football is one of the most beloved and popular sports here in the Middle East, and it truly brings people together, spreading happiness to everyone involved from the fans to the players.” said a spokesperson from Bigo Live “We are excited to see the football community coming together and involving everyone in the fun and passion for the sport using Bigo Live. In a time where people have become used to remote interaction, people from all around the world are experiencing a sense of closeness and positivity unlike ever before with the World Cup on the horizon. We are confident that users will continue to inspire each other through the love of sports and the World Cup Ambassadors program will move users towards healthier and happier living.”

Under the platform’s Virtual Live feature, Bigo Live has added new sportswear for avatars to try on, including football jerseys from the UAE, Saudi Arabia, Morocco and Qatar. With the most updated version of the platform, users can dress up their personalized 3D avatars from the available selection along with two new exclusive football backgrounds for use while going live to deliver a more immersive experience for football fans around the globe.

Bigo Live built its success within the MENA region by providing users with various tools to manage and host engaging and immersive live streams. Over 400 million unique users have met their content creation needs on Bigo Live combining the best of interaction, communication, and entertainment. Users are encouraged by the diverse content available and display of creativity through which broadcasters share their skills and talents and even share messages of encouragement and positivity on Bigo Live. By leveraging the platform to build and nurture meaningful connections, millions have been able to develop numerous communities of like-minded people across the globe on Bigo Live.