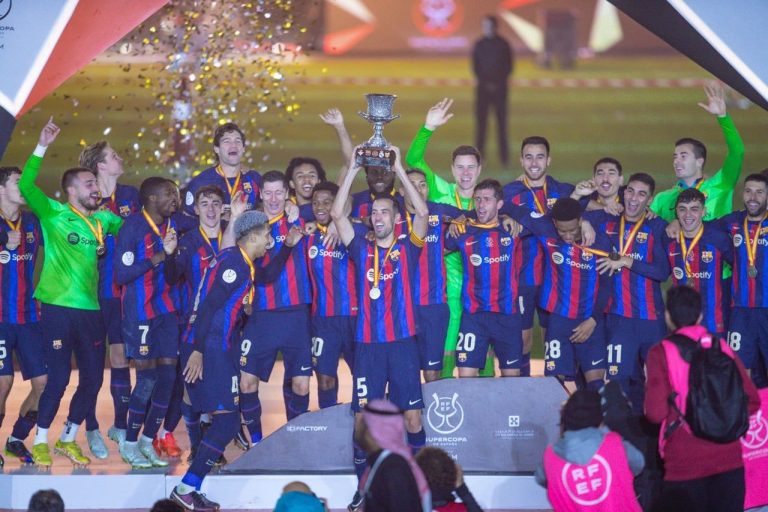 Barcelona opened the scoring through Gavi in the 33rd minute, then Lewandowski doubled Barca’s lead just before half-time. Pedri put the game out of reach with his team’s third in the 69th minute. Benzema scored a late consolation for Real Madrid in the 93rd minute, but it was far too late to change the outcome.

Saudi Arabia succeeded in hosting the Spanish Super Cup, which is part of the kingdom’s mission to bring international sporting tournaments and events to the country, thus confirming the Kingdom’s high capabilities in organizing the most prominent and important events and being the hub for global sporting events.

The Kingdom’s hosting of this major event comes as part of international sporting tournaments and events taking place in the 2022 Diriyah Season which are brought by Ministry of Sport, with aim to achieve the goals of the Kingdom’s Vision 2030, and as one of the “Quality of Life” Program’s initiatives, by hosting the most spectacular and largest international sporting events, to ensure a great experience for the visitors of Diriyah Season through amazing activities.