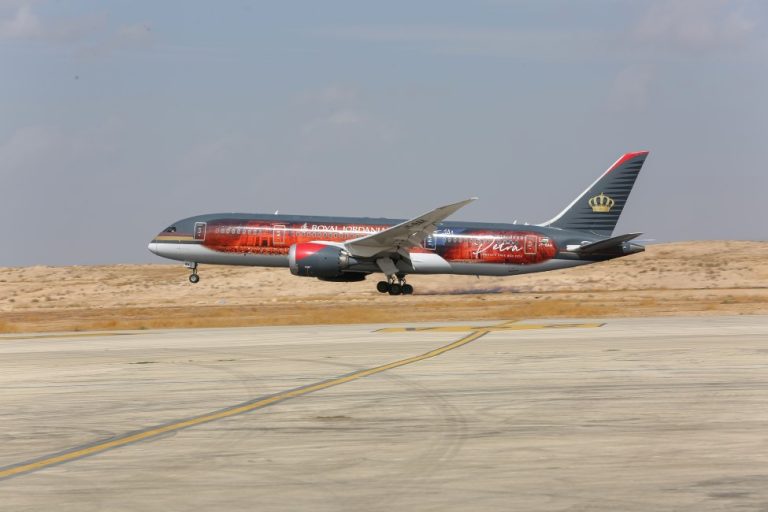 Petra and AlUla, the two significant cities of the Nabataean civilisation will be connected once again with a new direct flight from Amman to AlUla.

AlUla (Saudi Arabia) and Amman (Jordan) will be a ‘flight away’ in Q1 2023. Royal Jordanian (RJ) will start operating its first ever scheduled service between its Amman home and AlUla International Airport, flying twice a week from 10 January 2023. The new service will bring closer together the two most important cities of the historic Nabataean kingdom: Petra and Hegra.

Serviced by an Embraer aircraft with a capacity of 100 passengers, the new Amman – AlUla – Amman route will be flying on Tuesdays and Fridays: departing from Amman at 3.25am and arriving into AlUla at 6.05am; and then leaving AlUla at 7.05am and landing in Amman at 7.45am (all local times).

Hegra, Saudi Arabia’s first UNESCO World Heritage Site, is a 52-hectare ancient city which now comprises mostly of a necropolis of more than 100 remarkably well-preserved tombs set in the desert landscape of AlUla. Hegra was the second principal city of the Nabataean Civilisation after the capital Petra. The Nabataeans become synonymous with the famed Incense Road Trading route which controlled the camel caravans of incense, spices and other highly-sought after goods. The route stretching from Mediterranean ports across the Levant and Egypt through Northeastern Africa and Arabia to India and beyond, at its height of power in the first millennium BCE.

Phillip Jones, Chief Destination Management and Marketing Officer at the Royal Commission for AlUla (RCU) said: “This is moment in the making, we have been exploring how to offer visitors an easy route to exploring the full Nabataean journey and civilisation for some time and now and we are thrilled to welcome this exciting route to our ever-expanding AlUla International Airport.”

“We are excited to start new flights between Amman and AlUla in line with our new strategy to focus on tourism into Jordan. The beauty of this product will be the unique combination of Petra and AlUla specifically for the European and North American visitors.”