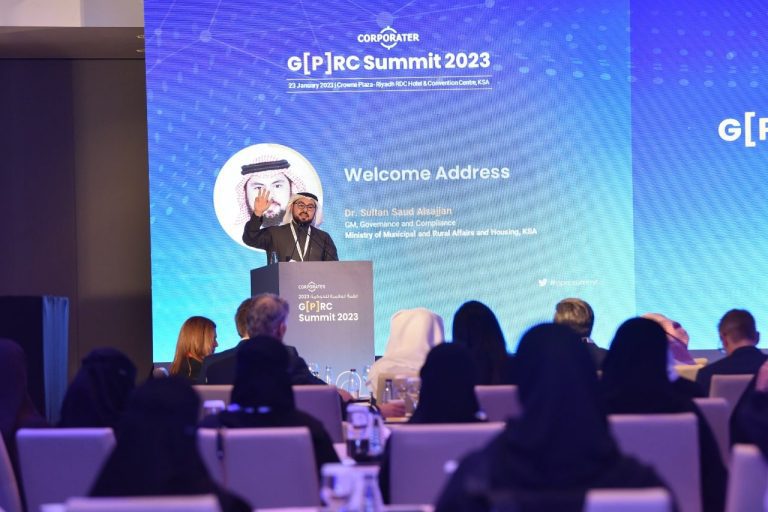 Inaugurating the summit, Dr. Sultan Saud Alsajjan, General Manager, Governance and Compliance, Ministry of Municipal and Rural Affairs and Housing, KSA, said, “Any governance and risk management process consists of three key elements – legislation, execution and control, which include internal audit and compliance – but the key element of an effective GRC is the systematisation of the above processes. Systematising these three processes so that they function as a unit to achieve the strategic objectives of GRC by adopting both local and international best practices to meet the needs of all stakeholders is the key to business excellence.”

Presentations and panel sessions at the event addressed the current drivers and trends impacting the GRC market, which is expected to reach 134.86 billion USD by 2030, with the enterprise software segment of the GRC market to maintain its dominance during the forecast period. Discussions at the event highlighted the need for organisations to focus on agility, resilience, integrity, accountability, and engagement in risk management.

“When we look at the state of GRC in 2023, one of the questions we need to ask is what our future looks like, both here in Saudi Arabia and in the global context, and what role government and corporate decisions play in today’s organisational risk and compliance. For example, in the financial sector, there are over 257 regulatory changes every day, coming from 1217 regulators around the world – that’s a lot of legal and regulatory changes to be aware of and deal with. But organisations need to look even further and keep up with global geopolitical and economic risks and changes in technologies and standards. So GRC is the capability of reliably achieving organisational goals through governance, managing the risks complying with laws and regulations,” said Michael Rasmussen, GRC Analyst and Pundit | GRC 20/20 Research, Inc, in his keynote address.