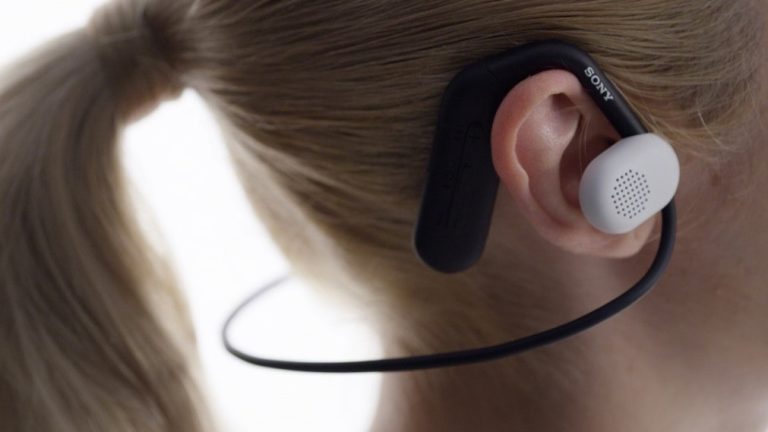 The Float Run headphones focus on the runner’s form, for a comfortable and stable experience without having to compromise sound quality. Float Run offers important features to runners or athletes, including a light-weight design with a flexible neckband that doesn’t slip when in motion, and a pressure-free design that sits off of the ears, so runners no longer need to worry about sweat or chafing getting in the way of their workout. This product was well received by crowdfunding, which led to its official launch.

With a special off-ear design, runners won’t have to worry about pressure or stuffiness on their ears. For extended comfort, the Float Run headphones sit on the ears of the wearer, so they can enjoy comfort for longer without disruption. Additionally, Float Run headphones only weigh approximately 33 grams, so runners can focus on their surroundings.

The 16mm drivers and precise tuning combine with the off-ear style offers a more natural and wider sound so there is no compromise on sound quality. The Float Run headphones has an open-type design that eliminates echo of the sounds your body makes, like footsteps, chewing or heavy breathing and allows in ambient sound.

The Float Run headphones are designed to fill the user’s ears, but not cover them, so they can be aware of their surroundings. The Float Run design allows music to naturally mix with ambient sound and be formed by the user’s ear shape. Float Run off-ear headphones keep ears unobstructed, to achieve peak performance in whatever activity they are performing.

With an IPX4 water resistant rating[i], consumers don’t have to worry about damage from sweat or from getting caught out in the rain. With long battery life and up to 10 hours playtime when fully charged, the Float Run headphones will power long runs. In a hurry? A quick charge of 10 minutes will give an hour of play[ii].

With a variety of controls built in, users can control playback and access their smartphone’s voice assistant without having to take it out of their pocket or bag[iii]. When their run is over and it’s time to get to work, the Float Run headphones have a high-quality built-in microphone to make them just as ideal for productivity tasks. Float Run headphones conveniently charge using USB-C. Additionally, the headphones include a carrying pouch to keep the supplied charging cable and headphones together and protected.

The Sony Float Run headphones will be available in the Middle East & Africa from February 2023.