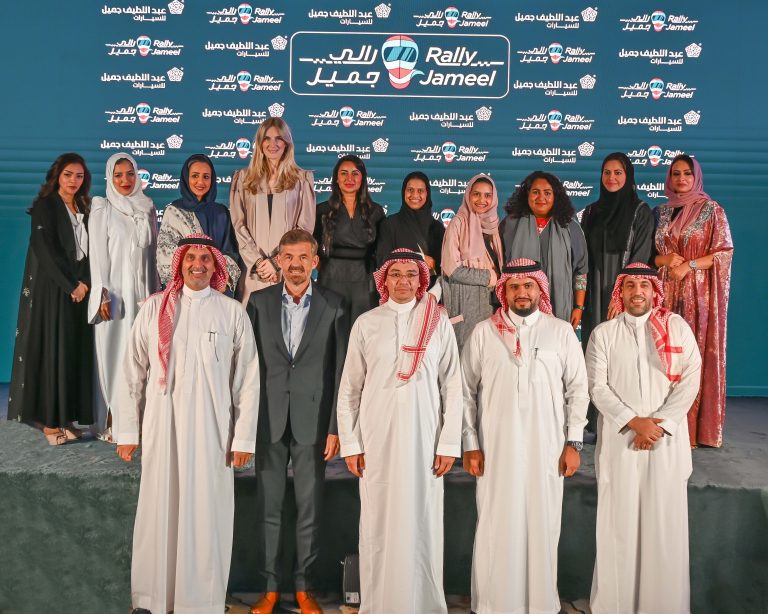 Abdul Latif Jameel Motors, the authorized distributor of Toyota vehicles in Saudi Arabia since 1955, today announced details of the second edition of Rally Jameel – the region’s first-ever women’s-only navigational rally. The pioneering event will be hosted alongside Bakhashab Motorsport and is set to take place between March 07 – 11, welcoming all to participate.

His Royal Highness Prince Khalid bin Sultan Al-Abdullah Al-Faisal, Chairman of Saudi Automobile and Motorcycle Federation (SAMF), said, “We are thrilled to be backing this stellar initiative, designed to empower women in the Kingdom further. Rally Jameel is a platform for mavericks who want to express passion and expertise in a radically changing and rewarding motorsports environment. We are committed to encouraging women from a diversity of cultures and broad experiences to take part in the excitement of this event.”

Building on the success of its inaugural edition in 2022, Rally Jameel is witnessing yet another exciting year of motorsports action in the Kingdom, with registrations open to participants globally. This year’s track will start and pass through some of the Kingdom’s most spectacular scenery and historical landmarks, from AlUla to Hail to Qassim. Marking a significant moment for women in sports and Saudi Arabia, the event underpins the Kingdom’s Vision 2030 development and diversification program to empower women.

Hassan Jameel, Chairman of the Board of Managers of Abdul Latif Jameel Motors, said, “I am delighted to help facilitate the second edition of Rally Jameel, excited in the knowledge that historic and inclusive platforms like Rally Jameel are driving the transformational change towards achieving the Kingdom’s progressive Vision 2030 objectives.

Rally Jameel is a testament to Saudi Arabia’s historic transformation and the opportunities that can be found in the country. We are extremely thankful to everyone who made Rally Jameel possible.”

With a 1,600 km route that starts in AlUla, the rally is focused on testing the navigation and skills, on a route that varies between 300 to 500 km per day over the course of five days. The route will feature checkpoints and navigation through heritage sites, with exciting details to unfold.

Abdullah Bakhashab, General Manager of Bakhashab Motorsport, said, “The second edition of Rally Jameel coincides with International Women’s Day, which affirms our commitment to empowering women and honing the potential of the next generation of leaders and athletes. This year’s track will be extended to 1,600 km, crossing AlUla, Hail and Qassim. The first day of the event on March 7 will cover team registrations, followed by the AlUla stage on March 8, with participants moving on to the AlUla-Hail stage on March 9, followed by Hail-Hail on March 10, and finally to Hail-Qassim on March 11.”

The first edition of Rally Jameel was designed to follow road and off-road routes that started from Hail to Qassim to Riyadh for over three days and 1,000 kilometers. With over 34 teams from 15 countries, several well-known rally racers and motorsports champions were involved, alongside most emerging entrants who had their first motorsports experience.

Since 1997, Abdul Latif Jameel Motors is committed to creating opportunities and bolstering Saudi Arabia’s motorsports scene. Offering a world-class sporting event, Rally Jameel is the perfect opportunity for adventurous women with a passion for motorsports and off-roading.