King Salman stands out for unprecedented support for horse racing 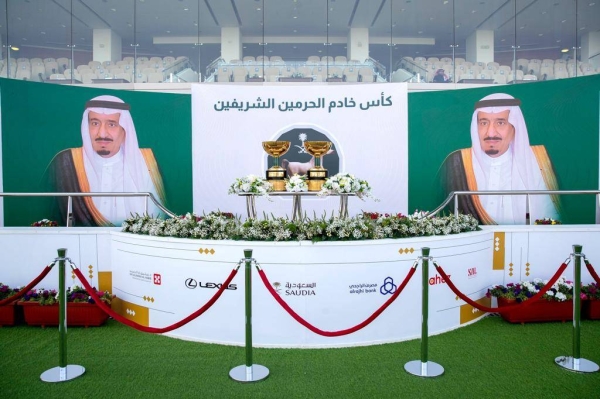 King Salman was one of the founders of The Jockey Club of Saudi Arabia in Riyadh and a board member of the club until 2015.

King Salman’s sponsorship of horseracing was an integral part of his support for the sporting world in the Kingdom which he began to develop when he was Prince of Riyadh and after taking over the helm of the Kingdom to prepare the Saudi youth to compete at the highest level.

King Salman laid the foundation for modern sports in Riyadh, starting with football which is hugely popular among Saudis, by building advanced facilities as a testament to the Kingdom’s rebirth.

Among the most notable infrastructures are Al Sayegh Stadium, Prince Faisal bin Fahd Stadium, The Jockey Club of Saudi Arabia Racecourse in Al Malaz, during the reign of King Faisal, and the King Fahd International Stadium.

King Fahd International Stadium was considered a revolution in the history of Gulf football after its opening in 1988 on the occasion of the eighth Gulf Cup, when Iraq won the title.

King Salman rewarded the athletes and sports institutions with prizes and incentives to encourage them to continue their mission.

A highlight to remember is when King Salman presented his own watch to the Saudi national team’s goalkeeper Adel Rawas after his outstanding performance in a friendly match attended by the Custodian of the Two Holy Mosques.

The Kingdom also saw more development in facilities and infrastructure during King Salman’s rule in all parts of Riyadh while stadiums and other sports facilities were built in various cities of the region as well.

The Custodian of the Two Holy Mosques attended all equestrian events in the country. He has rather been the permanent representative of his brothers the Kings and the Crown Princes by sponsoring different horseracing events.

He participated in developing The Jockey Club of Saudi Arabia and its committees as he was the head of the competition committee.

King Salman donated SR25 million to The Jockey Club in annual support to the equestrian club.

The Saudi Cup has become the most valuable horse race in the world with $20 million jn prize money thanks to the unwavering support of the Custodian of the Two Holy Mosques. He has made the Kingdom a top destination for international horses to compete in an annual event with a total prize pool of $35 million.

The Jockey Club of Saudi Arabia will hold its 4th renewal of The Saudi Cup on 24 and 25 February.

King Salman is one of the veteran riders who appreciate the value of equestrian sport and has encouraged Saudi racers to compete in international events.

King Salman’s son, Prince Faisal, has participated in many horseracing events in a bid to revive the sport in the city. Prince Saud bin Salman also made domestic racing history after winning The 2022 Saudi Cup with veteran horse Emblem Road.