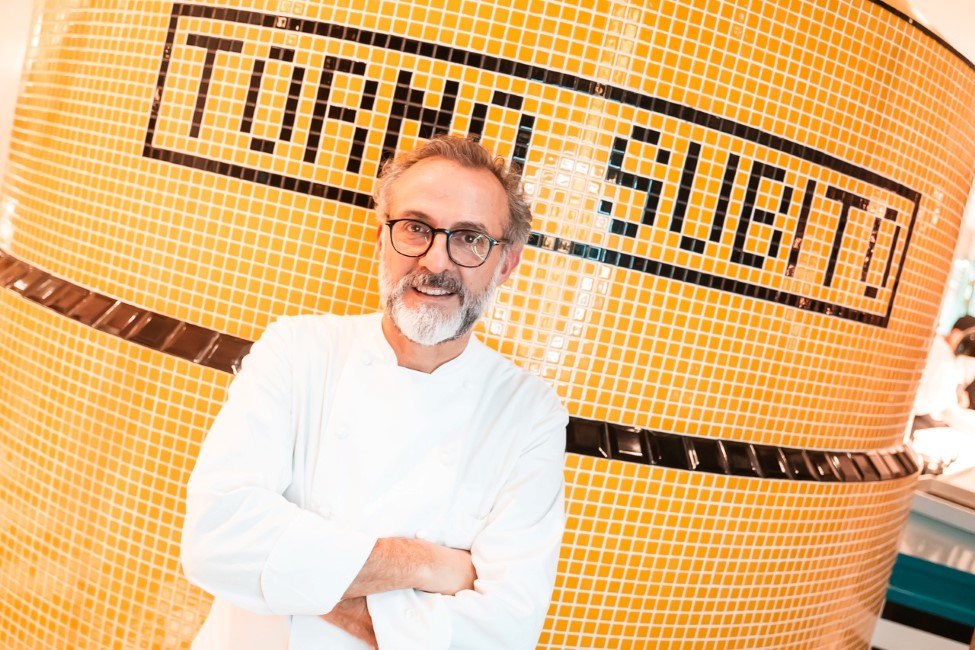 This new appointment comes as Torno Subito’s current Chef De Cuisine, Bernardo Paladini, relocates to Miami, to lead an exciting new project: Torno Subito’s second venue. Commenting on his move to Miami, Bernardo said “What an incredible journey it has been at Torno Subito Dubai, I feel so much love. As our leader, Massimo Bottura always says “we should project into the future the best of our past. So now it’s time for the next chapter. I feel so blessed as a bright future is being built already and it is amazing to see our family continue to grow, as Alessio joins the incredible team in Dubai.  I’ll see you in Miami!”

Alessio Pirozzi joins the culinary team in Dubai with a wealth of experience, having worked at some of Italy’s greatest fine-dining establishments. Born and raised in Italy, Alessio always dreamt of becoming a chef, thanks to his early childhood memories of watching his grandmother cook, whilst he sat next to the stove tasting various Italian dishes she created. This fond early introduction to food ultimately led Alessio to pursue his education in hospitality and he attended a leading culinary boarding school in Villa Santa Maria, a town well- known for being the Patron Saint of Cooks.

After successfully graduating, Alessio’s exceptional career began at the Hotel Mirage in Cortina d’Ampezzo, located in the Italian Dolomites. After a three-year stint, he then went on to perfect his fine-dining expertise, working alongside the legendary Norbert Niederlkofler. At Hotel Rosa Alpina his experience opened his eyes to high-level restaurants and the world-renowned Michelin star standards, and it was here when he realized that he wanted to continue to work at that level.

Alessio found his way out of Italy starting with Germany, Spain, and then the UK, jumping from free-standing restaurants to hotel chains such as the Dorchester Hotel in Park Lane London with Alain Ducasse to free-standing restaurant, It-Ibiza, with Gennaro Esposito, showcasing how he reached his knowledge in culinary before moving out of Europe to China.

Alessio quickly reached a pinnacle in his career when he had the opportunity to gain excellent firsthand experience at Italian restaurant – Mio at the Four Seasons in Beijing. As a Sous Chef, Alessio helped the restaurant obtain its first Michelin star in 2019 and maintained it for the following two years while being in charge of the kitchen and delivering great results.

Commenting on his appointment, Chef Alessio Pirozzi said: “I am thrilled to join the Torno Subito team at W Dubai – The Palm. It’s an incredibly exciting time for the city and its thriving culinary scene, that has garnered a phenomenal reputation on the global stage. The team have made me feel very welcome and I am looking forward to working with this multi-national team and continue to deliver the best guest experience that Torno Subito is known for. We will continue to grow the legacy that Chef Bernardo started.”

Commenting on the news, Massimo said “I’m so proud about Torno Subito Dubai being awarded its first Michelin star this year. But, as I often say, in our future there is always more future. And it’s already time for the next adventure. I’m excited to welcome Alessio to the Torno Subito family and I am confident he will do an incredible job leading the kitchen team in Dubai. I’m even more excited to see Bernardo continue to grow together with the family, which will see him bring Torno Subito to Miami!”