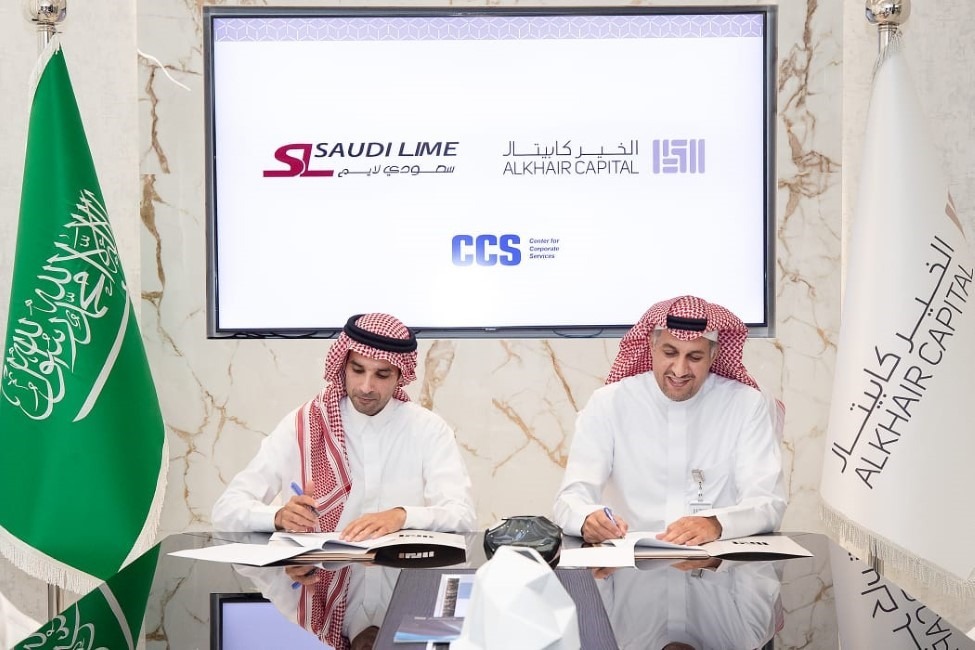 Saudi Lime also appointed Center for Corporate Services (CCS) as its project manager. The company clarified that the potential IPO will be subjected to regulatory’ s approvals from the Saudi Capital Market Authority (“CMA”) and the Saudi Stock Exchange (“Tadawul”).

Saudi Lime Industries Co was established on 10/04/1397H (corresponding to 30/03/1977G) with a current capital of SAR 200 million. The company’s business is focused on the production of chemical elements, blocks and bricks, quick lime, hydrated lime and other lime derivatives.

Mr. Rayan bin Hamad AlKhowaiter, Deputy CEO, said: “We’re very pleased to sign this agreement with Saudi Lime.  AlKhair Capital is keen to choose sectors that can add value to the market, especially distinguished companies in their field which can provide investors with an opportunity to diversify their investments through the Saudi Parallel Market (Nomu).”

AlKhair Capital is a pioneer in providing financial services in asset management, investment banking and custody and brokerage. Through these products, AlKhair Capital aims to be the leading Shari’ah Compliant investment services provider in the Arabian Gulf, coupled with the exceptional service and operational integrity.