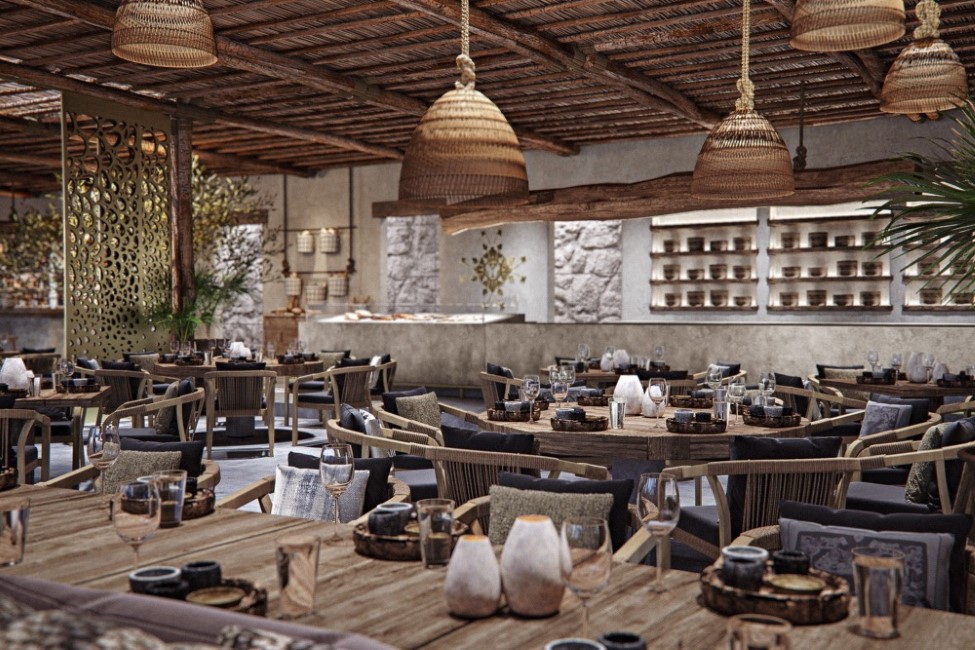 Renowned chef Hugo Soulery will be bringing the delectable dishes of Tomorrowland’s MESA restaurant to the magical desert destination of Terra Solis Dubai, and overseeing all other culinary operations

Dubai, United Arab Emirates-: Terra Solis Dubai, part of the iconic Tomorrowland family and soon-to-be-open holistic desert destination, has announced the appointment of Hugo Soulery, simply known as ‘Hugo,’ as Executive Chef. In his role, he will be responsible for driving the development of sensational menus inspired by the ‘Tastes of the World’ cuisine at the world-renowned Tomorrowland festival in Belgium.

The French native has an outstanding pedigree having worked in several Michelin-starred restaurants including Le Pre Catelan and Hôtel de Crillon, stalwarts of the French F&B scene, as well as Le Metropolitan in Toulouse and Ma Langue Sourit in Luxembourg.

Since then, Hugo has embarked on a journey enhancing his international experience and showcasing his skills at Dubai’s One & Only Royal Mirage. During his tenure, the chef worked at Celebrities by Mauro Colagreco, the Beach Bar and Grill, and latterly, at Drift Beach Club.

Nicolas Vandenabeele, Founder, Terra Solis Dubai, said: “Hugo has incredible experience garnered from working in some of the most luxurious restaurants in arguably the home of fine dining, Paris. This expertise and flair, combined with his drive to innovate and produce exciting menus full of flavour, aroma and colour matches perfectly with the brand ethos of Terra Solis Dubai.

“Standing out from the crowd is exactly what we want to do, and, with Hugo’s culinary insight and experience, we are creating a dining destination in its own right in the Dubai desert.”

With Terra Solis Dubai due to officially open in October, Hugo will be responsible for overseeing the launch of a range of exciting dining and lounge venues, including MESA, which is due to open in December and set to be the star dining attraction at the desert destination.

“Dubai is at the very epicentre of the culinary world right now, the Michelin Guide and the Gault & Millau awards recognising the world-class offering available in the city. At Terra Solis Dubai, we are committed to delivering an F&B offering that is representative of the Tomorrowland brand, while always striving to deliver something new and unique to the culinary scene in Dubai,” saidHugo.

The restaurant, which will focus on delivering delicious sharing dishes, will give guests the opportunity to taste the whole world in an incredible setting created by the team behind Tomorrowland, in the spirit of travel, good food and togetherness.

The menu is expected to feature a range of dishes representative of countries around the world, prepared with ingredients from passionately dedicated growers, farmers, and producers sourced according to market availability and made with respect for traditional preparation methods and accompanied by a wide selection of drinks and cocktails and, of course, the incredible music synonymous with Tomorrowland.

Terra Solis Dubai will also feature an eye-catching bar, centrally located near the pool, and the Sala shisha lounge, as well as a host of other F&B options.