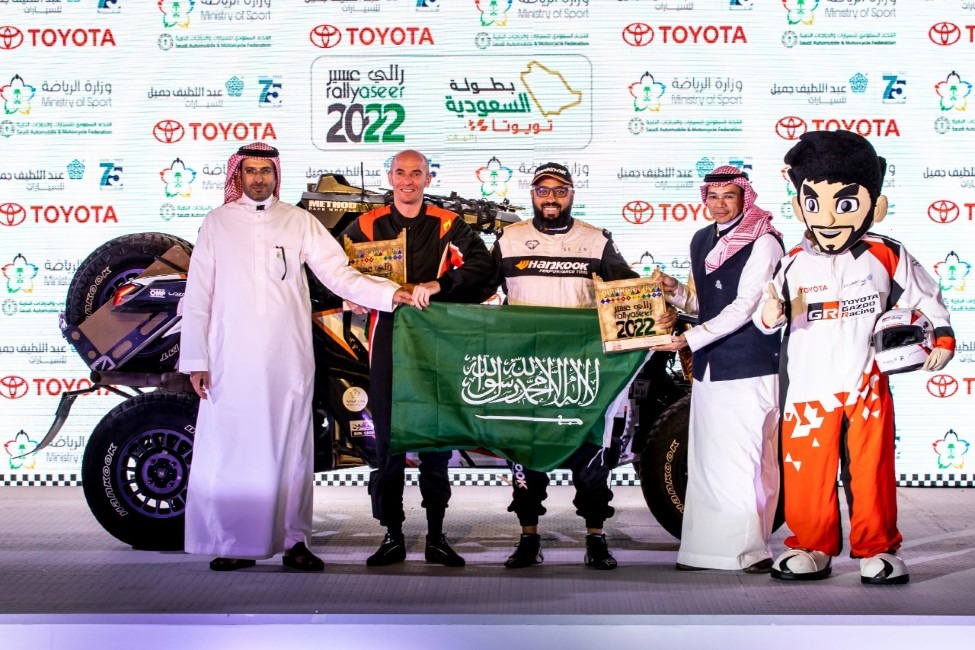 The Saudi Hankook Racing Team, led by Captain Saeed Al-Mouri, continued to achieve remarkable results in the racing season in the Kingdom, as it recently achieved first place in the T4 category in the Rally Aseer, after it had also achieved the top spot in the G2 a few days before in the final standings of the Hill Climb Racing within the Saudi Toyota Championship competition which concluded in Al-Baha region, where these achievements came after intense competition with a number of racing champions from inside and outside the Kingdom.

Captain Al-Mouri reaffirmed the strength of the Hankook Racing Team which was equipped with Hankook F200 tires in the G2 race and Dynapro tires in the Aseer T4 race which were up to date and provided notable performance during the races that were held in a mountainous environment characterized by difficult terrain.

For his part, Captain Saeed Al-Mouri confirmed that what has been accomplished is the culmination of the efforts of all team members and the sponsoring company Bin-Shihon Group, the agents of Hankook tires in the Kingdom, stressing that this advanced position will be an encouragement for him to achieve more in the upcoming rounds of the Saudi racing season, then he continued:

“The competition was powerful and challenging until the last moments of the race which is confirmed by the convergence of time among all the participants and this high degree of competitiveness is due to the great development witnessed by motorsport in the Kingdom in the light of Vision 2030 which encourages the advancement of all sports, especially motorsports, for which the appropriate environment has been provided and to bring major world championships to be held in our country”.

For his part, Mr. Marwan Bin Shihon, Vice Chairman of the Board of Directors of the Bin-Shihon Group, agents of Hankook tires in the Kingdom, praised the prominent results achieved by the Saudi Hankook Racing Team, led by Captain Saeed Al-Mouri, from successive achievements that translate the great efforts made. Just to keep this team always at the top of the podiums locally and internationally.

Bin Shihon hoped the team would triumph in the Kingdom Rally Championship and continue to prove its dominance in this fun and inspiring game in all its details.

It is to be mentioned that Hankook Tires is the world’s official leading tire supplier for major global automakers such as Mercedes-Benz, Audi, BMW, Porsche, Volkswagen, and Tesla.