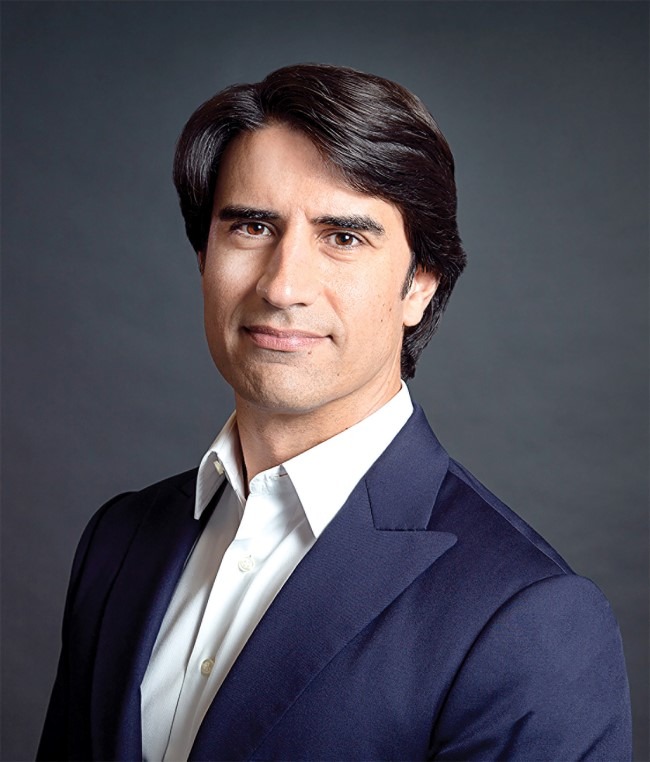 Building on Four Seasons legacy of excellence, former CEO of Hyatt Hotel Corporation’s Apple Leisure Group will usher iconic luxury brand into its next chapter of continued growth, innovation and strategic development across new and existing lines of business

Toronto, ON –– Four Seasons Hotels and Resorts, the world’s leading luxury hospitality company, today announced that its Board of Directors has appointed Alejandro Reynal as President and Chief Executive Officer effective October 17. Mr. Reynal succeeds John Davison, a 20-year veteran of Four Seasons, who announced his intention to retire late last year and remains a member of the Company’s Board.

With more than two decades of executive leadership experience in the global travel and hospitality, business services, and telecommunications industries, Mr. Reynal, 49, most recently served as President and CEO of Apple Leisure Group, a leading luxury resort management and leisure travel group, owned by Hyatt Hotels Corporation. From 2011 to 2019, Mr. Reynal was CEO of Atento, a global customer relationship management and business process outsourcing services company. Earlier in his career, Mr. Reynal held strategic management positions at Telefonica and The Coca-Cola Company.

“Alejandro is a highly-respected and experienced CEO who will guide Four Seasons through the next phase of its evolution as one of the world’s foremost luxury brands,” said Michael Larson, Chief Investment Officer of Cascade Investment. “Throughout his career, Alejandro has led and inspired global teams to embrace innovation, leverage the power of data and insights, and deliver top financial performance and value to both investors and customers. We feel deep gratitude toward John and all that he has done to make Four Seasons even more successful and look forward to his contributions as a Board member as Alejandro builds on our shared vision toward achieving long-term strategic growth.”

Four Seasons Founder and Chairman Isadore Sharp said, “John Davison has been a tremendous leader and colleague for more than 20 years, and I am deeply grateful to him and our executive leadership team for their unwavering leadership through some of the hospitality industry’s most challenging times. Alejandro joins Four Seasons as we mark the start of a new chapter, building upon our legacy of success and a culture that we have collectively championed over more than 60 years. He is a proven leader and executive, and even more importantly, a person of integrity with a deep commitment to excellence and a keen understanding of Four Seasons values and genuine heart.”

“It is an honor to join Four Seasons, a company I have always admired for its unwavering focus on its values and for the boldness of its innovative spirit,” said Mr. Reynal. “I look forward to working with the Board, executive leadership team, and the more than 50,000 employees worldwide whose dedication to excellence and personalized service sits at the heart of Four Seasons, and continuing to drive our success now and in the future. There are numerous strategic opportunities ahead, and we are well positioned to steer a new course in the luxury space that will further enhance the value and power of our brand.”

Four Seasons Hotels and Resorts majority owner with a 71.25 percent stake is Cascade Investment L.L.C., which holds personal assets of Bill Gates, as well as the Bill & Melinda Gates Foundation Trust. An affiliate of Kingdom Holding Company, whose Chairman is His Royal Highness Prince Alwaleed Bin Talal Bin Abdulaziz Al Saud, owns 23.75 percent, and Triples Holdings Limited, a company owned by Four Seasons founder and Chairman Isadore Sharp, owns five percent. As a management company, Four Seasons also works closely with its global ownership partners on the development and ongoing success of each of its 124 properties around the globe.

Solidifying its position as a leading luxury brand, Four Seasons recently opened its 50th residential property, announced its bespoke Yacht offering and celebrated the inaugural flight of its brand-new Private Jet experience. With an expanding retail business and a growing portfolio of 550 restaurant and bar outlets globally, Four Seasons continues to set the standard for luxury experiences across every touch point of the guest journey.