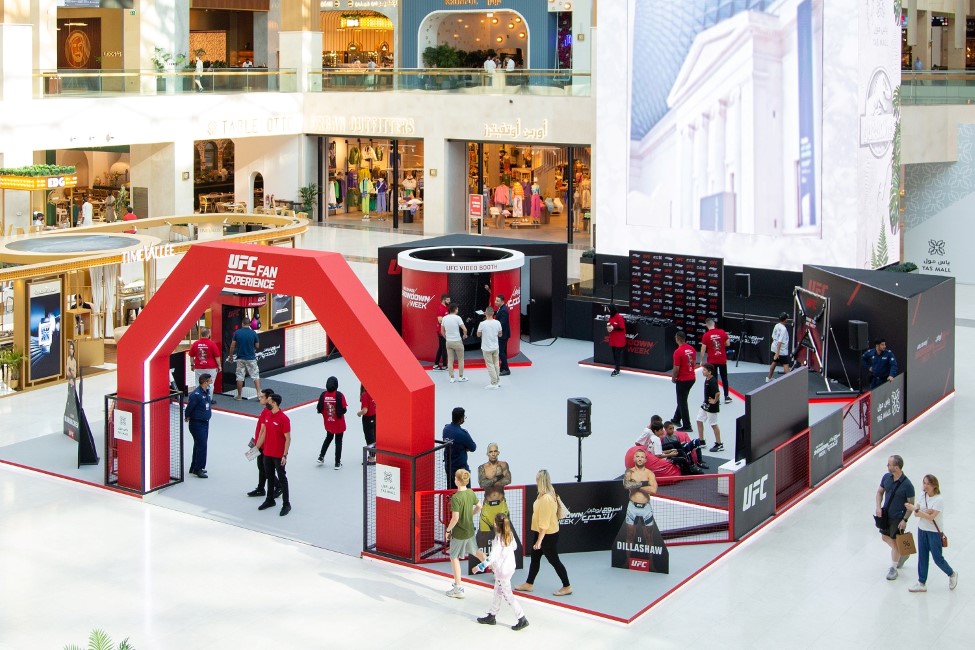 Abu Dhabi, UAE-: While global anticipation is growing ahead of UFC 280: OLIVEIRA vs MAKHACHEV on October 22 at Etihad Arena, fight fans in Abu Dhabi can now enjoy a week-long line-up of combat sports fun as organisers revealed the return of a wide array of entertaining events and activations across the city as part of Abu Dhabi Showdown Week from October 17-23.

Etihad Arena will act as the entertainment epicentre, with the fight festival’s principal UFC Fan Experience located directly in front of the UFC venue, between October 19 – 23, ensuring both event goers and casual Yas Bay visitors can enjoy the days leading up to the main event, as well as on fight night itself. Additionally, from October 17 – 23, another fun-filled activation park will be situated at Town Square, right in the heart of Yas Mall.

Leading up to the main event at Etihad Arena, fans will also be able to meet a few visiting fighters at different locations across the city and take part in meet and greets and Q&A sessions.

The UFC Fan Experience also features a UFC Prize Wall, offering visitors the chance to win exclusive merchandise by punching through circular slots on a cardboard wall. Additionally, a real UFC belt is also on display, providing another great photo opportunity for wanna-be champions.  With that in mind, solo visitors to both UFC Fan Experience locations can also enjoy 360-degree UFC-branded video booths that not only promise high-quality footage perfect for social media, but also instantly send it by email to the user’s inbox.

At Etihad Arena, a merchandise booth will sell official UFC gear and souvenirs, while an information booth will share details about Abu Dhabi Showdown Week events, as well as distribute score cards to encourage fans to participate in more activities and collect stamps for a chance to take part in the Prize Wall. With hordes of international visitors expected to arrive ahead of fight night, they can also experiment with traditional Arabic coffee at Bait Al Gahwa pavilion, showcasing local Emirati culture.

The Yas Mall’s UFC Fan Experience, on the other hand, has a unique Striking Challenge that tracks how many punches fans can throw in the allotted time. It also has a live DJ who will ensure the atmosphere remains electric and eclectic.

UFC 280: OLIVEIRA vs MAKHACHEV’s main event pits Charles Oliveira against Islam Makhachev for the vacant lightweight championship title and is the latest event held in the UAE capital as part of the landmark 2019 partnership between UFC, the world’s premier mixed martial arts organisation, and DCT – Abu Dhabi.

The highly anticipated UAE Warriors returns October 20 as part of Abu Dhabi Showdown Week with action-packed MMA match-ups at Abu Dhabi’s Jiu Al Jazira Club. UFC Warriors 34 is headlined by Armenia’s Martun Mezhulmyan taking on Acoidan Duque from Spain at a catchweight of 161 lbs, alongside 12 other exciting bouts. The event will also be broadcast on the UFC Fight Pass streaming service.

For more information and tickets for UFC 280: OLIVEIRA vs MAKHACHEV, visit etihadarena.ae and ticketmaster.ae.