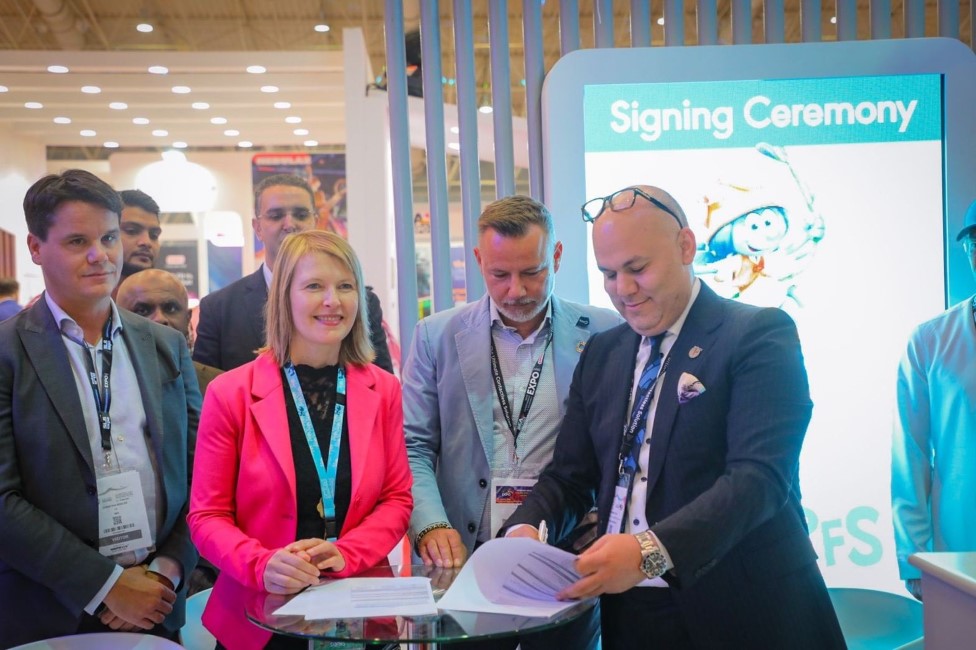 The recently concluded, Brand Licensing Europe tradeshow witnessed the signing of a license agreement between The Entertainment Industry’s Leader Al Hokair Group for Tourism and Development and International Merchandising, promotion, and services S.A (IMPS) that will see the launch the first Smurfs FECs in Dubai followed by more locations across the Mena region .

Smurfs FEC guests will enjoy meeting with the beloved Smurfs characters and they will experience state of the arts and unique games and attractions all Smurfs themed.

“We are excited about this new collaboration with IPMS, which will add a great value

to our entertainment portfolio, and it will mark another success story for Al Hokair Group “ Said Mr.Attia

IMPS, together with LAFIG Belgium, are the official licensors of the little blue-skinned characters “The Smurfs”​ and manage the rights of their world and the other characters created by Pierre Culliford, aka Peyo. Founded in 1984 by Véronique Culliford, Peyo’s daughter, and based in Genval in Belgium.

IMPS Counted as one of the prominent organizations, they are involved in offering a wide range of Copyright licensing services, Film productions, Film-makers cartoons, Patent and trade .

Al Hokair Group has been a dominant force in hospitality and entertainment for decades and is the recognized leader in tourism for Saudi Arabia and the wider Arabic world. Founded in 1975, the Group has invested in the entertainment and hospitality sectors under Sheikh Abdulmohsin Al Hokair’s leadership. Over the past five decades, the Group’s projects have expanded to include 80 entertainment centers and 35 hotels, and many cinemas, and restaurants across Saudi Arabia, the United Arab Emirates, and Egypt. Focusing on delivering exceptional quality through strategic partnerships and evolving expertise, the Group enhances returns on investment whilst advancing the entertainment and hospitality sectors in its target markets.