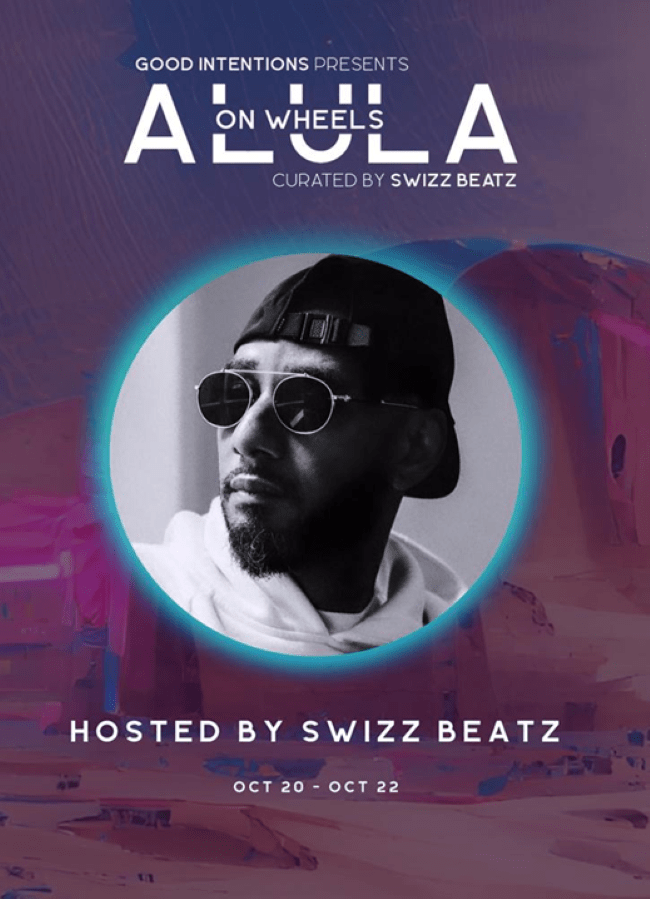 AlUla On Wheels, the immersive roller rink experience powered by Swizz Beatz’ globalcreative agency, Good Intentions, has been delighting AlUla residents and visitors alike since it opened in AlUla on October 6th.

The roller rink, brought to the public by AlUla Moments and featuring neon-lights and bumping music blasted from one of AlUla’s oldest boys school, will reach a crescendo this weekend as curator, music producer and performer Swizz Beatz takes center stage.

A fun, entertaining and cultural experience and a blazing example of the AlUla movement that of music and arts that started with Azimuth and will continue throughout the winter events calendar and beyond.

The closing weekend of AlUla On Wheels taking place on October 20th to 22nd is dubbed “The Swizz Weekend”, with a roster of talent and surprise guests pumping up the energy with the best creatives engaged to deliver a stellar weekend of fun.

Good Intentions, the global culture and creative company owned by Swizz Beatz and his partner Noor Taher, has commission a mural by the one and only RexChouk, displaying an ode to Swizz’s camel team, Saudi Bronx, in addition to the unique Ruff Ryders.

The weekend will also include the official listening party for the highly-anticipated album, MOYA, executive-produced by Swizz Beatz and local producer on the rise, Ntitled. The album showcases “the Saudi sound & story’ with a variety of talented local Saudi artists like Ntitled, Jeed, Kali-B, Aziz.wav, Shiloh, Rayan and producers Saud and NBL.

The weekend will also feature Saudi’s very own Pass the Kabsa Podcast, live from the rink in conversation with Good Intentions, the musicians behind the MOYA album and the brilliant creatives engaged on this project.

7:00pm – 8:30pm: Pass the Kabsa Live Podcast and Panel – In Conversations with Good Intentions, The Creatives of Saudi and MOYA musicians.