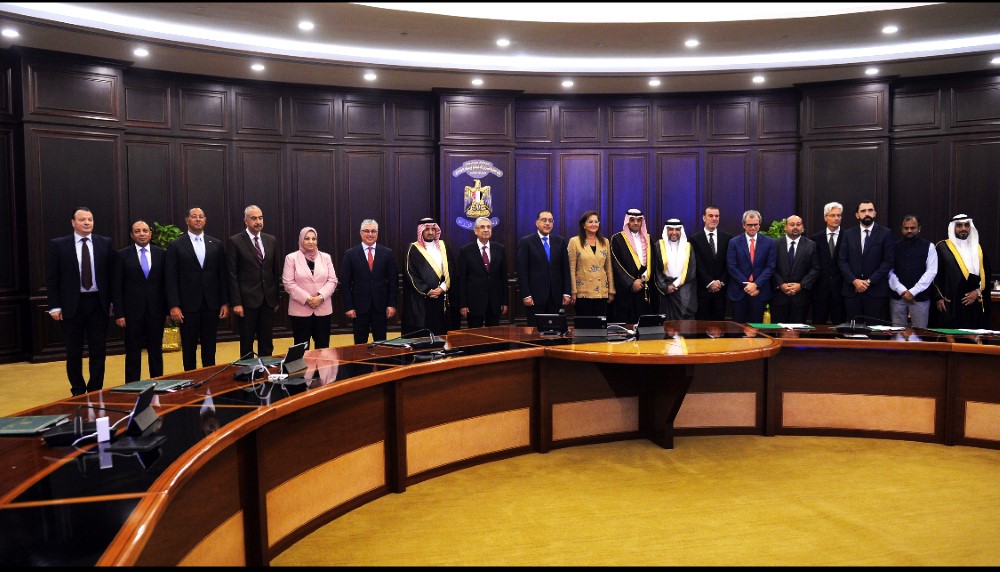 Cairo – – In line with the Middle East Green Initiative lunched by His Highness Crown Prince Mohammed Bin Salman, and Alfanar’s mission to pioneer the energy transition industry, Alfanar has signed a memorandum of understanding (MoU) with the General Authority of the Suez Canal Economic Zone (SCZone), the Sovereign Fund of Egypt (TSFE), the Egyptian Electricity Transmission Company (EETC) and the New and Renewable Energy Authority (NREA), aiming to develop a green ammonia facility in Sokhna. The $3.5 billion project will use renewable energy sources and produce 500,000 tons of green ammonia from 100,000 tons of green hydrogen per year.

The agreement was signed in the presence of His Excellency Mostafa Madbouly, Prime Minister of Egypt, Mohamed Shaker, Minister of Electricity and Renewable Energy, Hala Elsaid, Minister of Planning & Economic Development along with Saudi officials, Faisal A. Al-Yemni, Deputy Minister of Investment, and Mazeed Al-Hoishan, Saudi Consul to Egypt.

Sabah Al-Mutlaq, Chairman of Board of Directors of Alfanar Global Development stated, “We have enjoyed a long-standing relationship with Egypt and are thrilled to partner with such esteemed organizations of national importance on this program. Through this agreement, we will be developing a project to produce green hydrogen and green ammonia.”

Alfanar has enjoyed a strong presence in Egypt for many years through its design and energy industry as well as renewable energy development projects. Alfanar was one of the first companies across the globe to operate a 50MW solar project in the Benban Solar Park in the Aswan region of Egypt. The electricity generated from this solar plant currently offsets around 57,000 tons of carbon dioxide emissions per year.